The sportswear will be merchandised alongside the suits in 150 Macy's tailored-clothing departments. 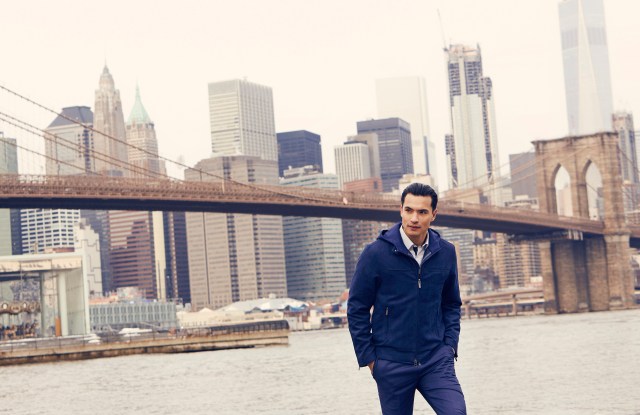 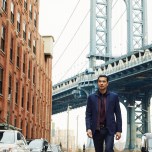 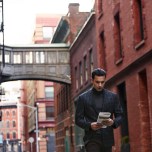 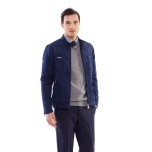 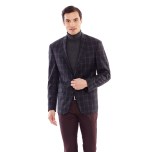 Ryan Seacrest is going where no man has gone before — at least as it relates to Macy’s and its tailored-clothing department.

For fall, the television host and entrepreneur will expand his successful Ryan Seacrest Distinction collection for the retailer by offering sportswear — or what it is calling “lifewear” — that will be merchandised within the suit area.

It will be offered in 150 Macy’s doors beginning in September.

Ryan Seacrest Distinction, which is exclusive to Macy’s, has been the strongest men’s dress clothing brand launch for the store in more than a decade, according to Seacrest’s team.

“Ryan Seacrest is the definition of a modern man, building a multimedia empire all while impeccably dressed,” said Karin Darmanin, Macy’s executive vice president of men’s and kids. “His dynamic life inspires the designs behind Ryan Seacrest Distinction. Ryan knows the importance of day-to-night dressing, as he navigates between his morning radio show, daily business meetings and red carpet events. His collection for Macy’s now includes essential pieces designed to coordinate with the suiting, that offer great versatility and fashion for a modern career.”

The brand extension follows the addition of Matteo Gottardi, founder of the Wrkshop studio and the Wrk label, who joined the Distinction brand as creative director about six months ago.

Since launching three years ago, Distinction has focused on clothing and furnishings but Seacrest first dabbled in sportswear last summer when he introduced a Rio-inspired collection tied to his hosting duties at the Olympic Games in Brazil. The response to this offering, coupled with Seacrest’s own eclectic style, prompted the extension into lifewear.

“The Rio collection was a limited run, but since then, we brought on Matteo to really focus on the distinction part of Distinction and why it’s special,” Seacrest said.

Although he’s best known for wearing suits or formalwear in his hosting duties on shows such as “American Idol” and “New Year’s Rockin’ Eve,” Seacrest said the lifewear collection better speaks to his life.

“Lifewear is inspired by how I live,” he said. “Our fall collection is an interpretation of how I actually dress these days. I may wear a blazer over a T-shirt or denim button-down shirt, or a more casual pant with a dress shirt and tie, or jeans with a sport coat with sneakers.”

Extending the line is designed to provide men with “more freedom and flexibility in their dressing because that’s where our culture is today. Everything needs to go together effortlessly. The RSD collection pieces are easy and comfortable, in addition to be being carefully tailored.”

Gottardi said the idea was to create a full collection rather than just items and he worked closely with Seacrest and the brand’s licensing partners — Randa, Peerless Clothing and Itochu — to design a line that speaks to the diverse needs of today’s man.

Gottardi said the new offering is intended to “marry closely with the tailored-clothing component,” and “fill a void in the market” for a customer seeking casual, yet sophisticated additions to his wardrobe.

The line encompasses knits, wovens, bottoms and outerwear with trim and detailing that modernize the looks but are not “over the top,” Gottardi said. “We designed the line with a nod to the traditional, everyday staples that men have grown up seeing their fathers wearing, but adding a provocative or sartorial twist.”

He pointed to sport shirts as an example, saying that there is trim inside that can be shown or hidden depending upon the occasion. Other key pieces include a barn jacket, a sweater hoodie and “great polos,” he said, adding that the DNA of lifewear is “you’re able to wear any of the garments with a blazer.”

Five-pocket pants with jean construction, but offered in a suit fabric, are another special piece, he said, and are a favorite of Seacrest’s. “It’s pretty unique and comfortable,” Seacrest said. “I know I’ll be wearing that quite a bit.”

Unlike many celebrity brands that last a season or two and then disappear, the Distinction collection has proven it has staying power. Was Seacrest surprised at its popularity? “Well, we’re always hopeful and we’re happy that it has worked out. But we look at it as a real business and its success matters to us. I try to have that approach in everything I do, whether it’s the radio show, hosting or fashion. All the ventures are equally important.”