Sneaker resale sites saw increases in Jordan Brand sales, searches and prices following the premiere of the documentary on April 19.

Women's Air Jordan 1 are just some of the shoes found at Foot Locker.

Sneaker resellers are seeing opportunity in the ESPN and Netflix documentary “The Last Dance.”

The long-awaited documentary on Michael Jordan and the Chicago Bulls’ 1997-98 NBA season premiered last weekend with an average viewership of 6.1 million, making it the most-viewed ESPN documentary to date.

And where there is Jordan, there are sneakers. Resale web sites and platforms said they saw an increase in searches for Jordan Brand after the series premiere, as well as an increase in sales and prices.

The RealReal said demand in Jordan sneakers increased 55 percent on April 19, the day “The Last Dance” premiered, and saw a 53 percent week-over-week increase in the average selling price for Jordan sneakers. The company also sold some of its most high-value pairs of Jordan sneakers on the day of the premiere.

“Jordan is definitely having a moment right now in the resale market,” said Sean Conway, sneaker & streetwear expert at The RealReal. “The diversity of their collaborations, from Dior to Melody Ehsani, coupled with how well they retain value makes them the kind of smart investment we’re seeing sneaker buyers gravitate toward right now. In March alone, we saw an 85% increase in Jordan sales. The Last Dance is putting Jordan in an even bigger spotlight, which we’re seeing translate to increased demand for all Jordan and increased sales of coveted high-value pairs like the Chicago 1 and Travis Scott 1.”

“Compared to a typical day, sales of Pippen products increased 4x (or 300%). Pippen products sell in lower quantities than Jordan products, so while the percentage change is higher for Pippen products, the absolute number of sales represented is lower. Nevertheless, the 4x increase we saw on Sunday is certainly significant,” Einhorn said. He added that the documentary didn’t impact the demand of Chicago Bulls merchandise, and only Bulls players “specifically, Michael Jordan and Scottie Pippen, the two players most featured in Sunday’s premiere.” 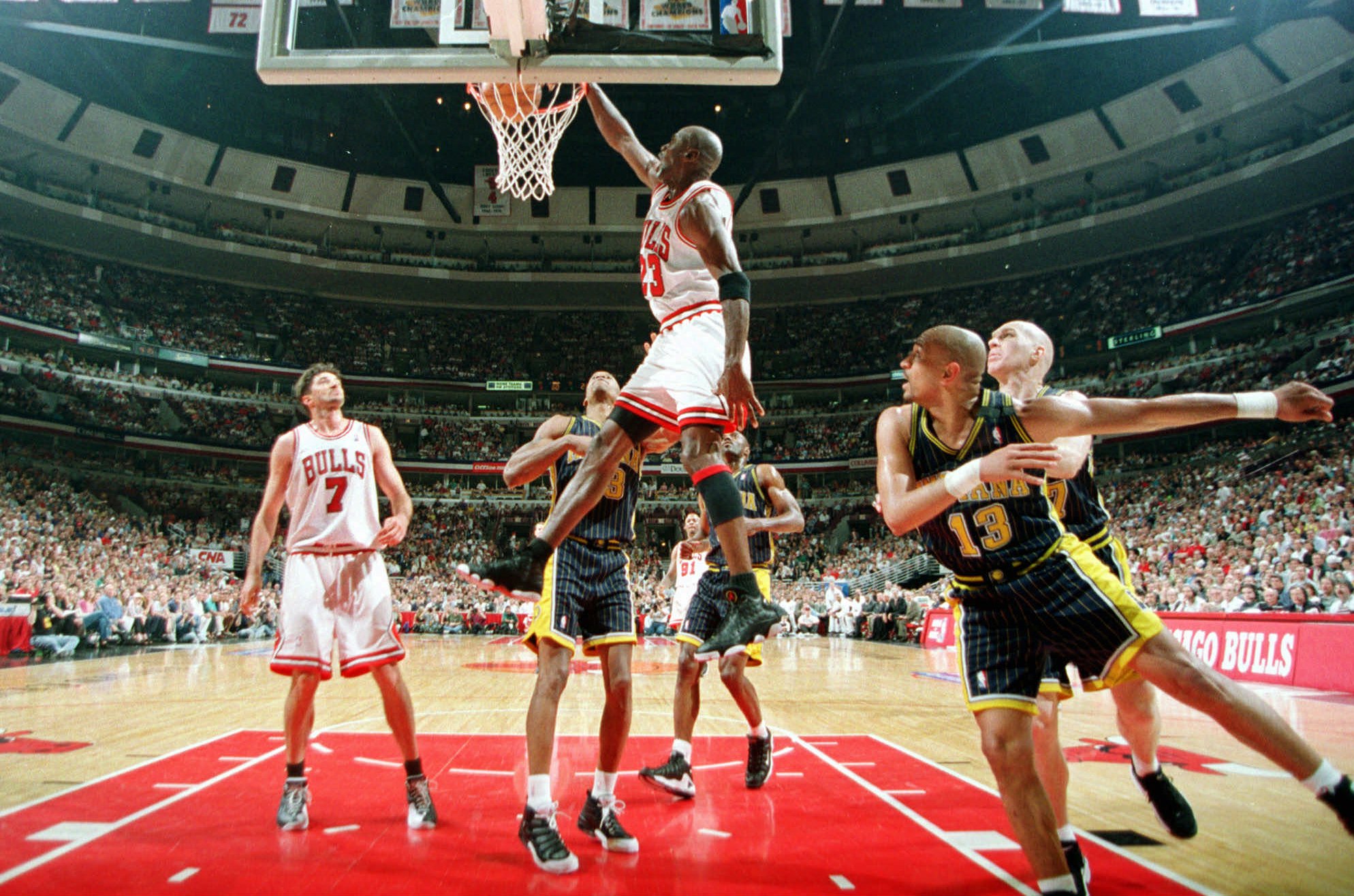 Chicago Bulls Michael Jordan dunks for two against the Indiana Pacers during Game One of the Eastern Conference Finals, at the United Center in Chicago.  Beth A Keiser/AP/Shutterstock

The series gets its name from then-Chicago Bulls coach Phil Jackson, who named his final season as the team’s head coach “the last dance.” Jordan, Jackson, Pippen, Dennis Rodman, Steve Kerr and others give detailed accounts of their careers, the season and all that led up to their third straight NBA championship and sixth championship in eight years. Also, people who weren’t part of the Bulls organization like Magic Johnson, Larry Bird, the late Kobe Bryant and former presidents Bill Clinton and Barack Obama give their viewpoints as well.

“The Last Dance” features never-released footage of Michael Jordan and the Chicago Bulls from the 1997-98 NBA season. Jordan permitted the filming as long as only he could approve when the footage could be used. He agreed in 2016 to do a documentary with Mike Tollin, the co-chairman of Mandalay Sports Media, who has a long-standing film career that includes directing or producing credits on sports-themed films, including one on former NBA-er Allen Iverson.

According to ESPN’s Ramona Shelburne, Jordan agreed to do the documentary with Tollin, because of the Iverson documentary.