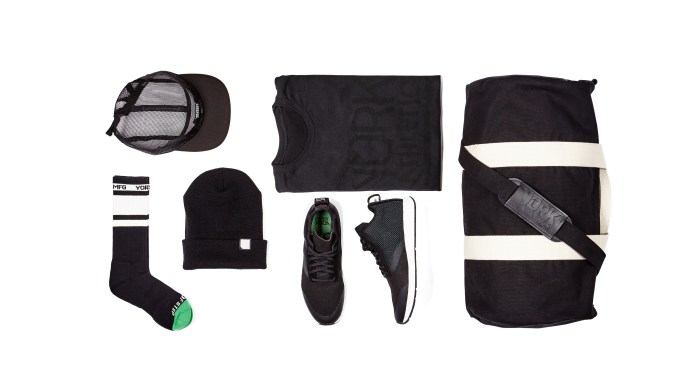 HISTORY: Travis York, whose grandfather founded York Athletics Mfg. in 1946, teamed with Mark McGarry to revive the name and create a new performance footwear brand, which launched this year and is based in Boston. McGarry previously worked at Savier Skateboarding, a Nike subsidiary that became Nike SB, and Puma. Elizabeth McGarry, Mark’s wife, serves as the creative director and held apparel design positions at Nike, Reebok Classics, New Balance and Puma.

NICHE: After having trouble finding stylish performance shoes, Mark and York decided to create a brand that targets a particular demo — they call them “underdogs” or “lone wolves” — who aren’t typically catered to in the health and wellness space. York Athletics Mfg.’s brand ambassadors include the tattoo clad Marilyn Rondón, a fitness instructor based in Miami, and boxer Kevin Cobbs.

KEY ITEMS: The Henry, which is a lightweight durable trainer for everyday running, and the Henry Mid, a high-top version made for the gym and urban cross training activity. York Athletics also sells a selection of T-shirts, arch compression socks, a knit beanie, a duffel bag and a mesh five-panel hat.

PRICE POINTS: The footwear, which will be available later this month on yorkathleticsmfg.com and at Bodega, a Boston-based sneaker store, starts at $110 and accessories retail from $18 to $120.