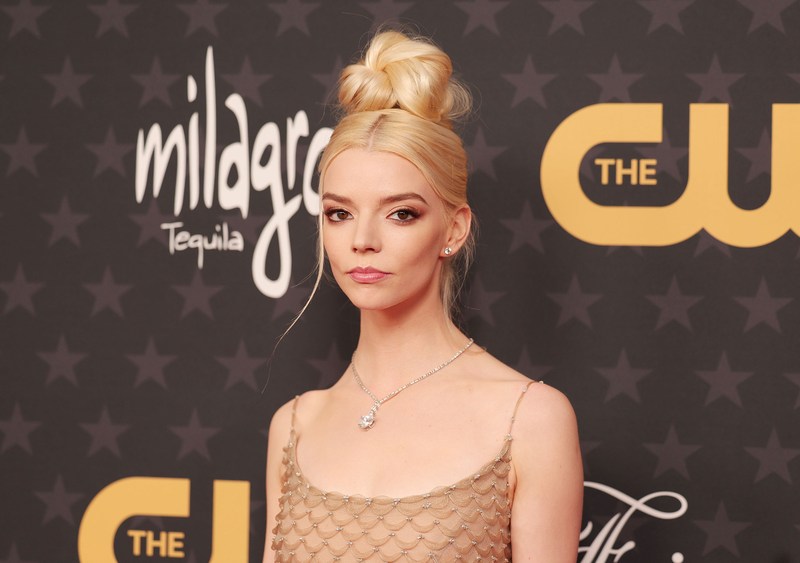 Anya Taylor-Joy arrived on the red carpet for the 2023 Critics’ Choice Awards in Los Angeles on Jan. 15, wearing a scalloped dress.

In honor of this year’s awards ceremony, the actress wore a nude mermaid-scale pattern strass embellishment dress with a sheer skirt from Dior Haute Couture.

She coordinated the dress with Jimmy Choo’s embellished Shiloh sandal. She accessorized with a diamond bracelet, diamond stud earrings and a diamond necklace.

For makeup, the actress used Dior Beauty, and went for an elevated natural look, featuring a glossy pink lip, blush, mascara and earth-tone eye shadow. For hair, she went for a statement updo with an intricate bun on top of her head and a single bang placed to the side of her face.

Taylor-Joy’s work as a global ambassador for Dior has seen her regularly donning the brand’s looks on the red carpet.

In March 2022, it was announced Taylor-Joy would star opposite Yara Shahidi in the new Dior Forever campaign set at Salk Institute. Shahidi is also a fellow ambassador for Dior. The campaign was directed by Damien Krisl and photographed by Camilla Akrans.

Dior Forever is a foundation with 42 shades. The new campaign is due to break this month.

Taylor-Joy has been promoting her latest film “The Menu,” a black comedy-horror costarring Nicholas Hoult and Ralph Fiennes. Taylor-Joy was nominated for the Golden Globe Award for Best Actress Motion Picture — Musical or Comedy for the film.