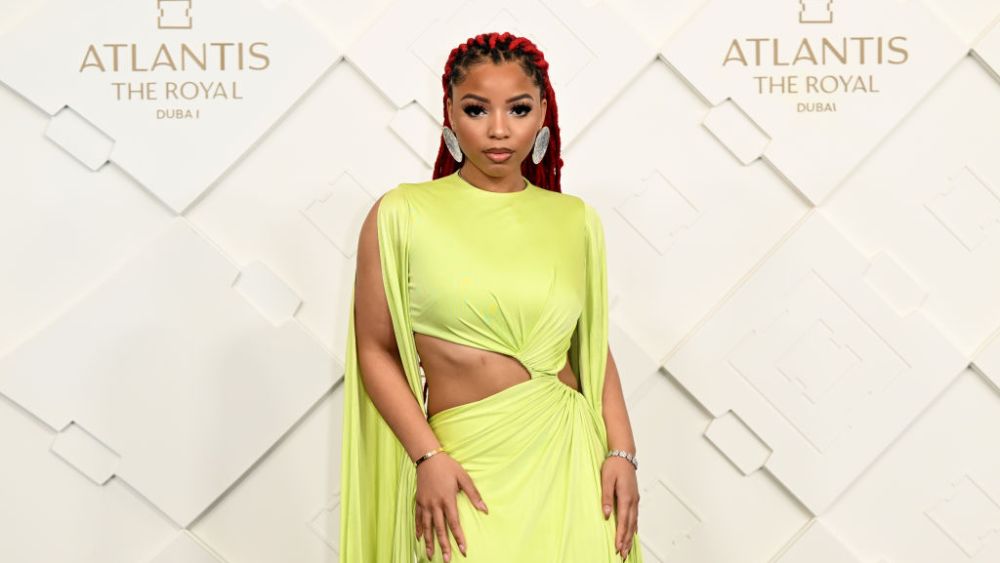 Bailey’s vibrant gown, by Tony Ward Couture, featured long, cape-like sleeves that fell to the ground, creating a pool of fabric around her feet. There were cutouts on each side and a twist of fabric in the center. She accessorized with gold and silver bracelets and a statement pair of oversized circle earrings that symbolized an armor shield. When it came to hair, she came hot with fiery red locs styled straight back. Her makeup was glamorous, with dramatic, fluffy eyelashes and a standout glossy nude lip.

Bailey was joined at the hotel’s opening by her sister, Halle, who wore a chocolate-colored Nicolas Jebran gown. Other guests included Kendall Jenner, Liam Payne, Nia Long and Letitia Wright.

Beyoncé’s performance was an hour long and included a cameo moment from her eldest daughter, Blue Ivy. The songstress will reportedly be paid $24 million for the performance, which was her first full concert in four years.

Bailey is gearing up for more ventures into the music industry. Just two months ago, the singer released a music video for her single, “For the Night,” which currently has more than 5 million views on YouTube. Last year, she performed at the 2022 Earthshot Prize Awards, along with her sister, who she performs with as part of a music duo called Chloe x Halle. For that performance, she wore a black gown with a slight navy blue tint and a pair of elbow-length sleek black gloves.