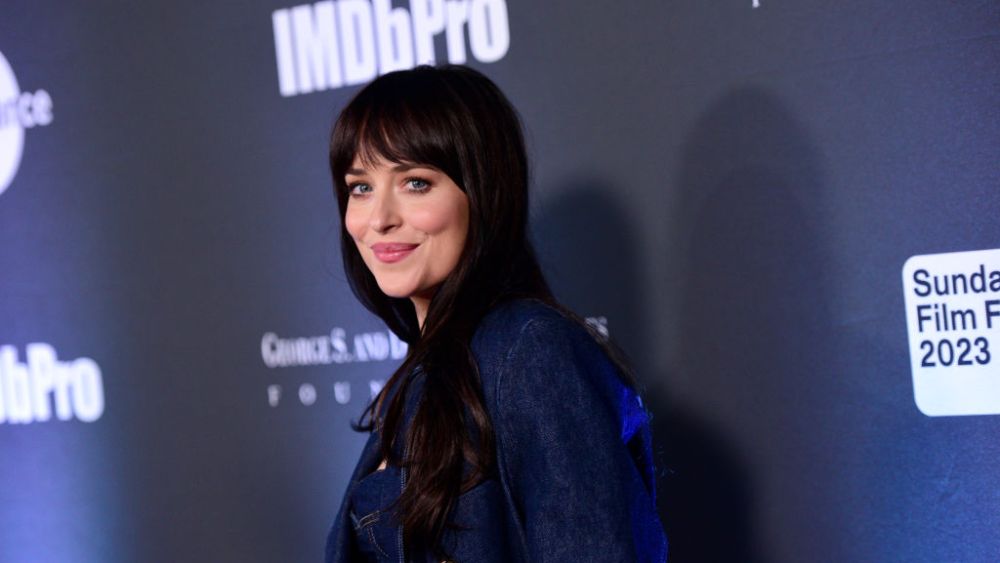 Dakota Johnson arrived on the red carpet for the 2023 Sundance Film Festival opening party on Jan. 19 in Park City, Utah, dressed like an ode to denim.

In celebration of this year’s Sundance Film Festival, the actress wore a denim corset top, wide-leg denim pants and a denim trenchcoat from Magda Butrym. She coordinated the outfit with black pointy-toe heels. She finished the look accessorizing with a ring from Annika Inez, a necklace and diamond stud earrings.

For makeup, Johnson worked with makeup artist Georgie Eisdell and went for an understated look featuring a glossy pink lip, blush and a touch of mascara. For hair, she worked with hairstylist Mark Townsend and went for a straightened style with bangs in the front.

Johnson appeared at the inaugural “A Taste of Sundance” dinner presenting Italian film director Luca Guadagnino with the international icon award. Guadagnino is well known for directing the 2017 Oscar-nominated film “Call Me by Your Name,” which originally premiered at Sundance.

Johnson starred in Guadagnino’s 2015 psychological drama “A Bigger Splash” and 2018’s “Suspiria” remake. The director’s latest film is “Bones and All,” a project starring Oscar nominee Timothée Chalamet, whom he worked with on “Call Me by Your Name.”

The 2023 Sundance Film Festival is taking place from Jan. 19 to Jan. 29 in Park City, Utah. This year, the festival features a hybrid format, screening films both in-person and online. This is the first in-person event after the festival was completely virtual for the past two years. The annual film festival presents new documentary features, short films and episodic content. The event also features prizes, including the Directing Award and the Festival Favorite Award.