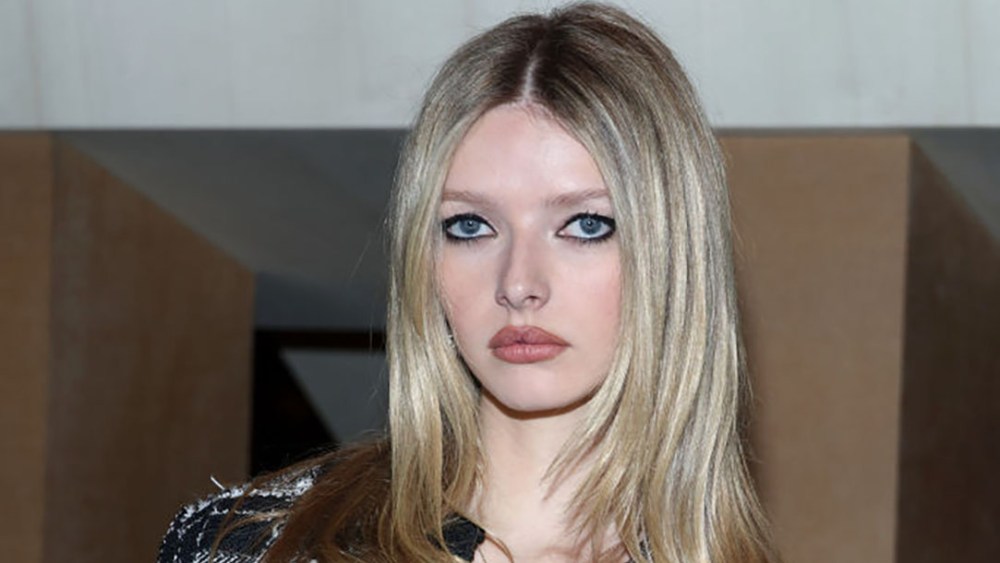 Apple Martin arrived at the Chanel show during Paris Couture Week on Tuesday taking a minimalist approach to color.

To support Chanel in debuting its latest couture offerings, Martin wore a Chanel dress with details including an Empire waist with a black bodice and a black-and-white plaid skirt paired with a matching black-and-white plaid jacket with Chanel interlocking CC logo statement buttons. Martin coordinated the look with black loafers and a black Chanel crossbody bag. She also accessorized with small details, including a bracelet and necklace.

Chanel’s spring 2023 couture collection featured details ranging from top hats to eveningwear playing with transparency and metallic effects. “I like it when the marvelous bursts forth and the course of events is interrupted,” Chanel’s creative director Virginie Viard said in a statement about the collection.

Martin, who is 18 years old, made her Paris Fashion Week attendance debut with Chanel’s show. At a time when the demographics of Chanel’s couture customer is evolving, the brand saw her as an excellent representative.

“Our haute couture clientele is getting younger and younger,” said Bruno Pavlovsky, president of fashion and president of Chanel SAS.

Martin is best known as the daughter of Oscar-winning actress and Goop founder Gwyneth Paltrow and musician and singer songwriter Chris Martin. Apple has remained largely out of the public eye until recently despite her famous parents. Apple becoming an official Chanel girl was a long time in the making.

According to a tweet from media personality and journalist Derek Blasberg, Chanel’s former artistic director, the late Karl Lagerfeld, met Apple when she was 4 years old and declared that one day she’d be a Chanel girl.