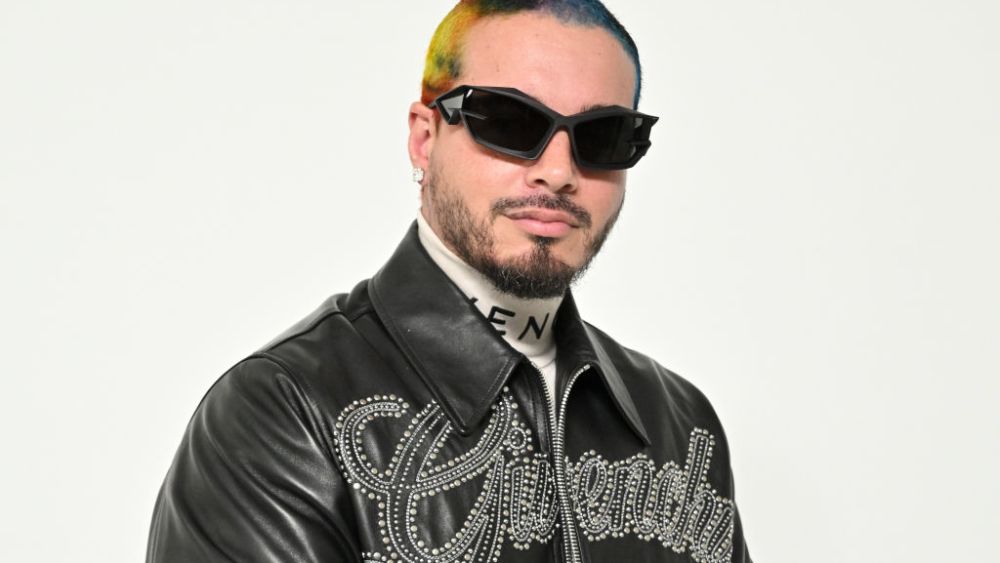 As one of the front-row guests in attendance for Givenchy to unveil its latest menswear offerings, J Balvin wore a head-to-toe Givenchy look, including futuristic sunglasses, a white turtleneck with “Givenchy” branded around the collar, a black leather jacket with “Givenchy” emblazoned across the chest, black leather pants and black sneakers.

J Balvin’s image is crafted by his stylist Sita Bellan, who in 2020, Billboard described as the only client she will take on. Bellan is also known as a designer, techno DJ and model.

For the runway show, the musician’s signature hair was shaved down and dyed in a rainbow hue of colors.

J Balvin has described fashion as a passion of his in past interviews. The singer has attended New York Fashion Week in the past and has worn designer brands, such as Louis Vuitton, Dior and Moschino.

Givenchy’s fall 2023 menswear collection was designed by the brand’s creative director Matthew M. Williams. The brand’s latest collection drew inspiration from photos of jazz legend Miles Davis while he was touring and living in Japan in the ’80s and experimenting with fashion. The latest collection features suits, plaids, sweats, utility pants, thermals and boiler suits.

J Balvin is no stranger to the role of fashion designer himself. In 2020, the singer collaborated with Guess for his first menswear and womenswear collection dubbed Colores, which took the name from one of his music albums. The 42-piece line featured plenty of vibrant colors, as the reggaeton artist is typically known for, from tie-dye hoodies to rainbow T-shirts.

At the 2022 ACE Awards, the singer was honored by the Accessories Council with the Global Style Icon Award. In 2019, he also took home the Footwear News Achievement Award for Style Influencer of the Year.