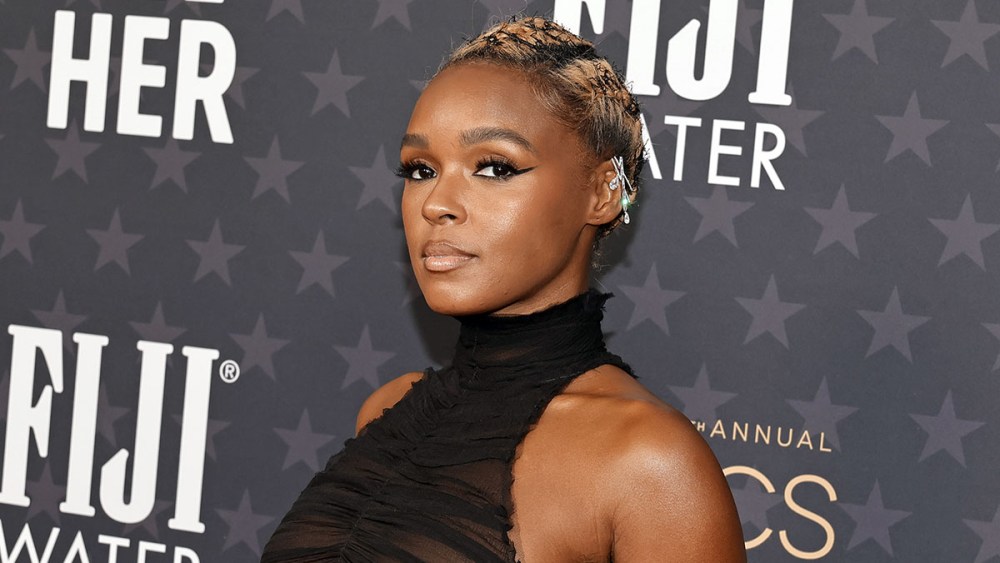 Janelle Monáe made a sheer arrival to the 2023 Critics’ Choice Awards in Los Angles on Sunday. For the occasion, Monáe wore a statement halter gown by Vera Wang.

The details included a mock neckline and ruffles throughout. It had slight cutouts on the side of her hips, and the bodice had a tunic-like fit.

The skirt had a dramatic train that flowed along the red carpet. Monáe was styled by Alexandra Mandelkorn.

Monáe worked with Nikki Nelms, who gave her sleek, short cornrows with her hair dyed blond with black strings throughout. For makeup Monáe opted for a bronze look, with a touch of highlighter, bright blush and sharp black eyeliner.

It proved to be a big night for Monáe, who received the SeeHer Award, presented by Kate Hudson. The award represents Monáe’s work in advocating for women’s rights, overall gender equality and her memorable roles, including alongside Hudson in the Netflix film “Glass Onion: A Knives Out Mystery.”

Monáe has garnered many striking ensembles under her belt recently. Last year, she supported her film “Glass Onion: A Knives Out Mystery” with several international premieres. Among the standout styles, Monáe wore a Robert Wun look to the film’s Madrid debut. Monae also looked to Christian Siriano for a gown worn to the 2022 BFI London Film Festival.