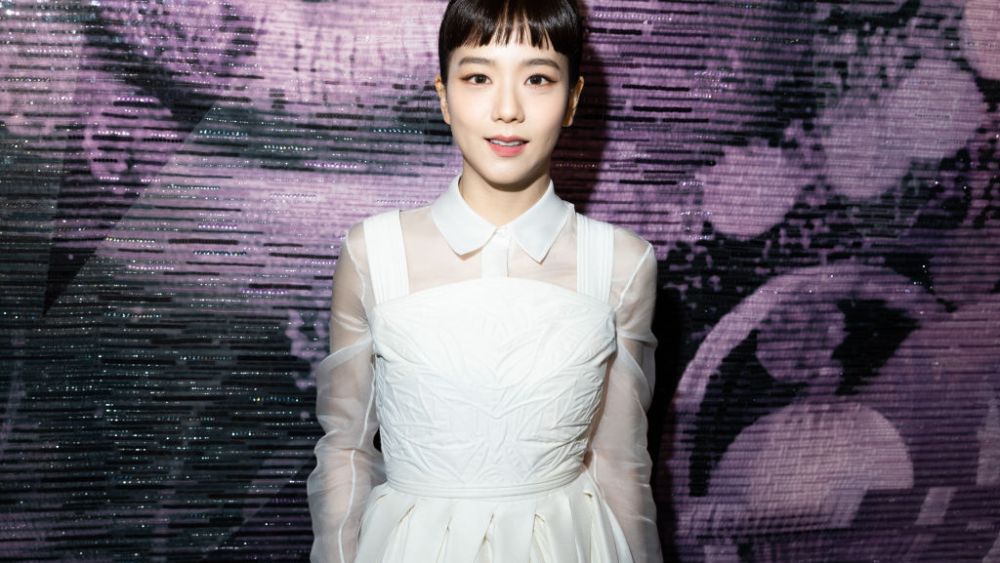 In support of the brand’s latest couture collection and Dior’s creative director Maria Grazia Chiuri, the Blackpink singer and K-pop star wore an all-white ensemble, including a white dress with wide straps, an embroidered bodice and a pleated skirt, along with a sheer white shirt underneath. She coordinated the look with white lace pointy-toe heels, and a white and floral Dior top-handle bag.

For makeup, the singer went for a subtle look with a matte lip, earth-tone eye shadow, wingtip eyeliner and mascara. For hair, she went for bangs and a high bun.

In March 2021, Jisoo was named a Dior global ambassador for fashion and beauty. When the singer’s new ambassadorship was announced, Dior said the South Korean singer was a key inspiration for Dior’s fall 2022 collection.

In an Instagram post, Dior said Jisoo “embodies with her singular audacity, the House’s modernity and the passionate creativity” of Chiuri and would also “perfectly incarnate the empowering makeup” created by Peter Philips, creative and image director of Christian Dior makeup.

After Dior’s fall 2022 runway show, a photo Jisoo posted on Instagram under a giant Dior logo at the Tuileries Garden generated $1.74 million in media impact value, according to date insights firm Launchmetrics. Jisoo’s Dior photo was the top post from Paris Fashion Week that season.