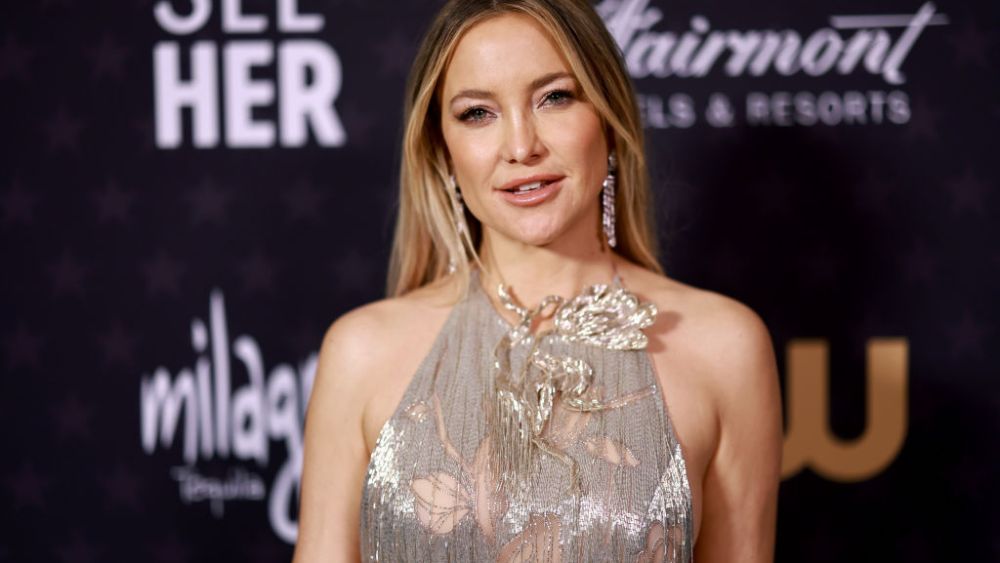 Kate Hudson embraced a chrome-inspired look for the 2023 Critics’ Choice Awards on Sunday in Los Angeles. To the red carpet, Hudson arrived in a halter Oscar de la Renta gown from the brand’s spring 2023 ready-to-wear collection.

Hudson’s gown featured silver-colored beading throughout, including a cutout botanical-themed design adorning the front. Attached around her neckline was a matching floral piece. The rest of the gown consisted of a sheer white tulle-like design at the skirt and a dripping silver color on the fabric. Hudson worked with her longtime stylist Sophie Lopez.

When it came to hair, Hudson went for a classic look with her blond hair styled into a middle part with straight ends. Her makeup included a rosy blush, smoky eye shadow and a light pink lip.

For accessories, Hudson coordinated with dangly silver colored earrings and a statement beaded bracelet. The actress competed her look with a pair of white peep-toe platform heels. To contrast with her outfit Hudson wore a fiery-red manicure.

Hudson put her fashion statements on display throughout the worldwide press tour for “Glass Onion: A Knives Out Mystery,” starting with an Elie Saab sequined gown she wore to the film’s premiere on Nov. 14. When she’s not on the big screen, she’s at the helm of her Fabletics brand, which launched in 2013 with a focus on athleisure, later expanding into loungewear in 2021. In 2022, Fabletics entered the swimwear market.