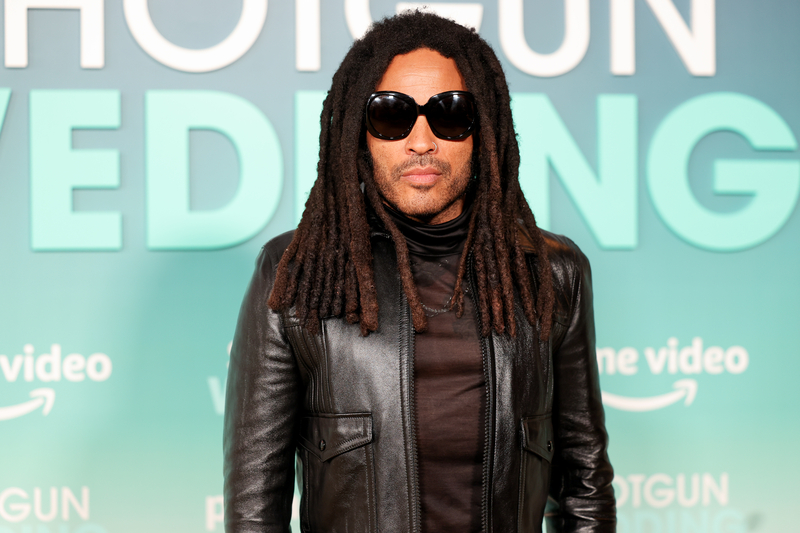 Lenny Kravitz arrived on the red carpet for the Los Angeles premiere of “Shotgun Wedding” on Jan. 18, sporting sunglasses.

In honor of the premiere of his new movie, Kravitz paired a sheer black turtleneck with a black leather zip-up jacket. He completed the look with black flare-leg trousers and black square-toe boots, as well as a back belt with a statement buckle, a ring on his finger and butterfly silhouette sunglasses.

Kravitz had a busy end to 2022. In December, the legendary musician donned an all-black look for the LuisaViaRoma UNICEF Winter Gala in St. Barths. He took to the stage for a performance to help raise money for the children’s humanitarian aid organization.

In November, Kravitz was also honored with the Icon Award at the 2022 CFDA Fashion Awards.

“Fashion is another avenue for artistic expression. There are no rules other than to be yourself. If what I’m doing connects or inspires someone to be more confident in their own skin, there’s nothing more I could ask for. It all comes from within, just be you,” Kravitz said to WWD regarding the accolade.

Kravitz was joined on the red carpet by his costars Jennifer Lopez, Josh Duhamel and Jennifer Coolidge. Lopez has been promoting the film since the year kicked off, making a press appearance earlier this month wearing a pink Magda Butrym dress.

“Shotgun Wedding” tells the story of a couple who are on a seemingly perfect destination wedding after uniting their two opinionated families, but the tables take a turn when their entire wedding party is held hostage. The movie debuts on Prime Video on Jan. 27.