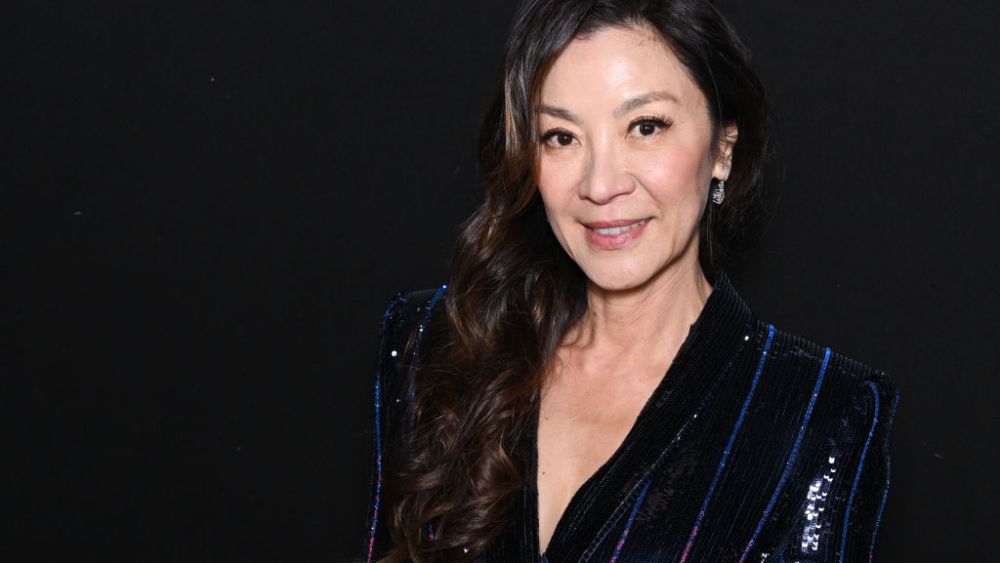 To help Armani Privé Couture debut its latest collection, the actress wore a sparkling navy sequin blazer with blue and pink sequin stripes and navy trousers by Giorgio Armani. She accessorized with a red clutch bag and statement earrings.

Armani Privé’s spring 2023 show was filled with harlequin patterns and sparkle and shine, with details ranging from diamond patterns to Pierrot neck ruffs.

For makeup, Yeoh went for a minimalist look featuring a glossy rose lip, a subtle touch of blush and eye-popping mascara. Her hair was parted to one side and done in voluminous curls.

While Yeoh was helping Giorgio Armani celebrate his latest Armani Privé show, the actress has a lot to celebrate herself. On Monday, the nominations for the 95th annual Academy Awards were announced, and Yeoh became the first Asian actress in 88 years to receive an acting nomination for her role in “Everything Everywhere All at Once” and the first Asian actress nominated for Best Actress.

During her awards speech at the Golden Globes, Yeoh became a hot topic on the internet when she ordered the exit music to stop playing as she was speaking saying, “Shut up, please. I can beat you up, OK? And I’m serious.”