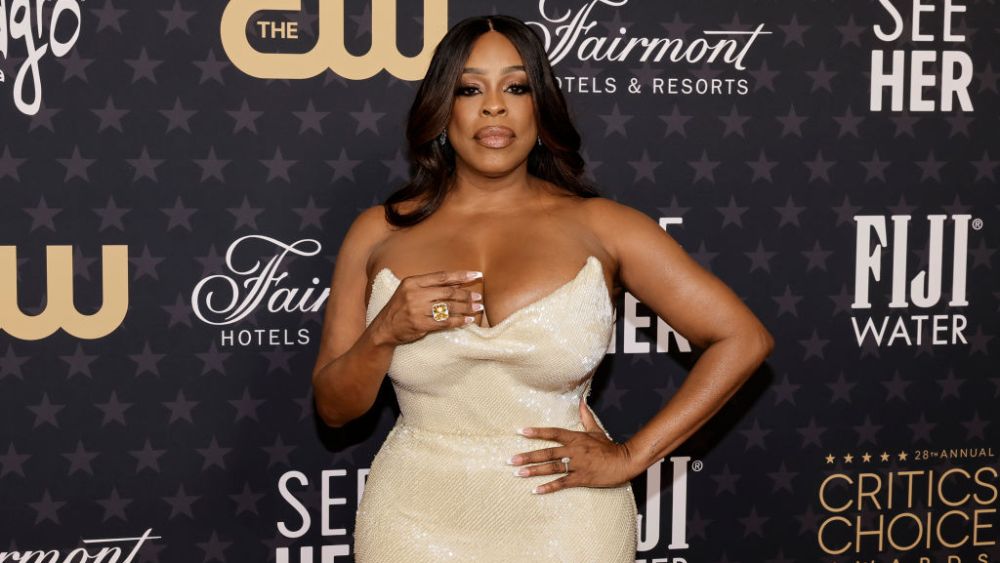 The details of her gown included a bustier-style bodice with a sweetheart neckline that had pointy accents.

The silhouette had a dramatic fit throughout, including a corset-like cinch at the waist. The gown was done in shimmering sequins and had a matching cape that created a train.

When it came to hair, Nash went big and wore her brown tresses styled into middle part with Old Hollywood-inspired curls.

The actress attended the awards show with her wife, Jessica Betts, who coordinated with her vibrant look in a timeless tuxedo with a dark blue lapel collar.

During the ceremony, Nash won her first Critics’ Choice Award for Best Supporting Actress in a limited series or movie made for television for her role in the Netflix series “Dahmer – Monster: The Jeffrey Dahmer Story.” The series also stars Evan Peters, Molly Ringwald and Richard Jenkins.