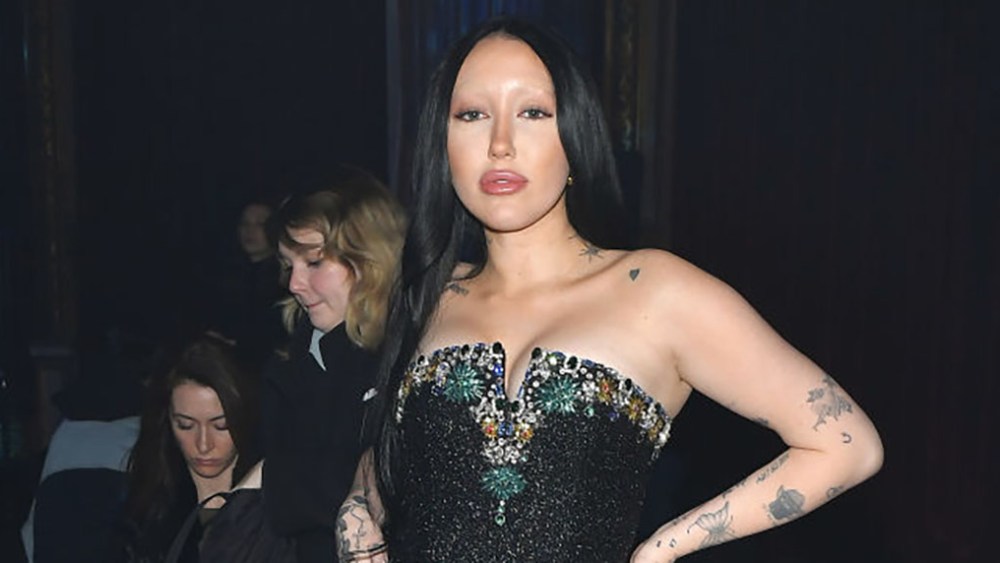 To help the brand debut its latest couture offerings, the singer donned a sparkling floor-length strapless black dress with a bejeweled bodice with a sea of multicolored crystals from Miss Sohee. Cyrus accessorized with statement earrings.

For makeup, Cyrus went for a glossy lip, blush, eye-popping mascara and subtle smoky eye shadow. Her hair was parted down the center and done in a silky straightened style.

Miss Sohee designer Sohee Park made her Paris Couture Week debut with this runway show. For her first show, Park selected the grand ballroom at the Westin Paris-Vendôme.

Park’s latest couture collection featured details including lavish embroideries of birds, insects and flowers splashed across gowns, floor-length coats and satin cape coats. The designer launched her brand in 2020 and last fall Net-a-Porter announced she would be joining its Vanguard program, which provides financial support and mentorship to young and emerging designers.

Cyrus is the sister of pop star and actress Miley Cyrus. Despite her older sister’s fame, Noah has made a name for herself in her own right.

In 2021, Noah was nominated for the Grammy Award for Best New Artist. The award ultimately went to rapper Megan Thee Stallion. In 2017, Noah joined Carly Rae Jepsen and Purity Ring as the opening acts for Katy Perry on the North American leg of her Witness tour.