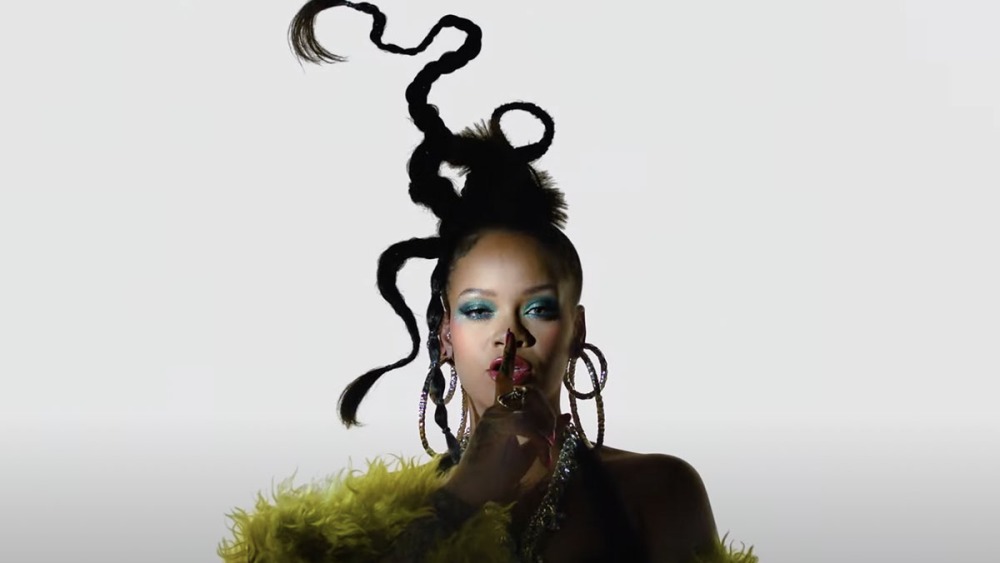 Rihanna is coming back to the stage soon.

Now less than a month away, the singer will take the stage on Feb. 12 to headline the 2023 Super Bowl Halftime show. On Thursday, Rihanna posted a short teaser to her official Instagram giving minimal details about the upcoming performance.

The seconds-long clip, which now has more than 1 million likes, begins with Rihanna emerging from the darkness onto a stark white stage, with audio that highlights her long hiatus from releasing a new album.

“It’s been 2,190 days.…Dude, Rihanna, we waited for you.…It’s been six years since the nine-time Grammy winner…Rihanna is who everybody is waiting for,” the audio clip in the video says.

In the video, Rihanna is wearing an oversize, dramatic coat and a slim-fitting black jumpsuit. The coat is by Area from the brand’s winter 2022 collection.

Her hair was as exciting as her outfit, with a sleek high bun with branch-like structured braids rising out of it. Rihanna’s makeup was colorful, with blue eye shadow. For accessories, the singer went big, wearing an oversize necklace adorned with crosses, midi rings and pairs of multisize hoop earrings. She slipped into a pair of shiny black pointed-toe heels with a wrap around effect.

In the video, once Rihanna reveals herself fully in the light, a spotlight is placed on her and the voices come to a sharp halt. Then, as the camera pans closer, she holds her finger up to her mouth and says “Shhh.” She quickly turns around and dances back into the dark light as the words “Super Bowl LVII, Apple Music, Halftime show.”

According to Apple Music official website, the platform promises to release more “goodies” leading up to game day. “We’ll be unveiling more goodies here as the clock ticks closer to the big game, the big day and the big show, so stay tuned,” Apple Music said in a statement. This is the first time the company is sponsoring the Super Bowl, taking over from the franchise’s longtime sponsor, Pepsi.