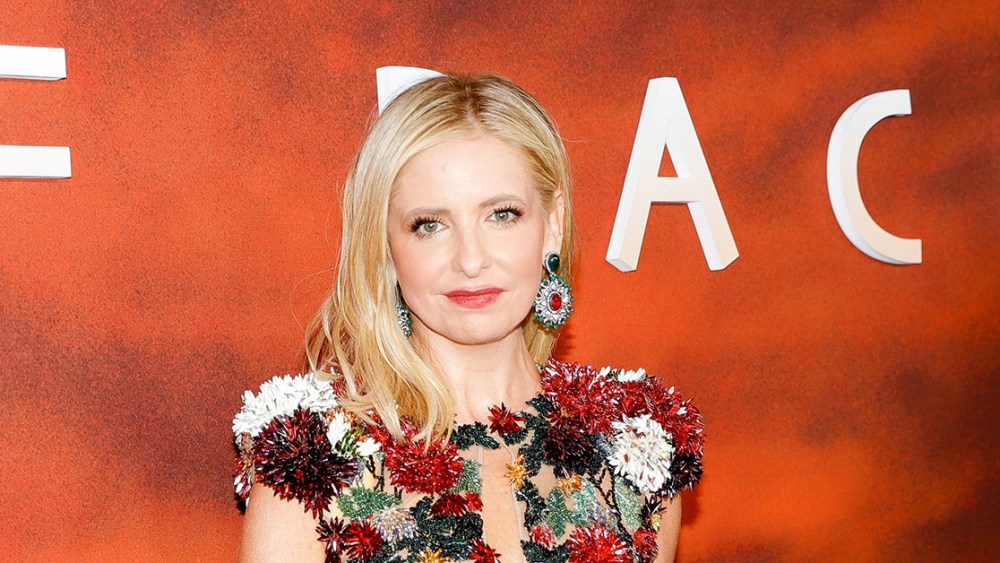 Sarah Michelle Gellar made a nod to spring with her attendance at the “Wolf Pack” premiere in Los Angeles on Thursday. For the premiere of the series, which she stars in, Gellar looked to Oscar de la Renta, wearing a botanical-themed gown from the brand’s resort 2023 collection.

Gellar’s dress was covered in floral embellishments and green leaves in an assortment of colors, including cream, deep red and marigold yellow. They shimmered in design and had a special textured look, as if they were sharp crystals, which gave the ensemble a 3D effect. The base of her dress was a sheer, flesh-toned fabric, which included a deep V neckline and came in right above her knees to form a chic minidress. Gellar was styled by Tara Swennen, who has worked with Elizabeth Tulloch, Andrea Savage and Kristen Stewart.

For accessories, Gellar worked in her colorful theme with a pair of earrings with a red center by Amrapali Jewels and a square shaped burgundy clutch. She wore a pair of pointy-toe Christian Louboutin heels.

Her hair was styled tousled and slightly shaggy with a side part, taking inspiration from the wolf cut hair trend — an edgy variation of the mullet. She debuted the “fresh chop” by Mara Roszak one day earlier in an Instagram post. When it came to makeup, she opted for a red-carpet-ready look of red lipstick and sharp black mascara.

Alongside Gellar for her special moment was her husband, fellow actor Freddie Prinze Jr., who went monochromatic in an all-black look, which made her outfit pop even more. The Paramount+ series “Wolf Pack” is written by “Teen Wolf” creator Jeff Davis. The teen drama series is based on the book of the same name by Edo van Belkom.

Earlier this week, on Wednesday, Gellar attended the premiere of “Teen Wolf: The Movie” in a businesswear outfit by Monse, pairing the look with black shiny arm-length gloves.

“Teen Wolf: The Movie” and “Wolf Pack” will both be released on Paramount+ on Wednesday.