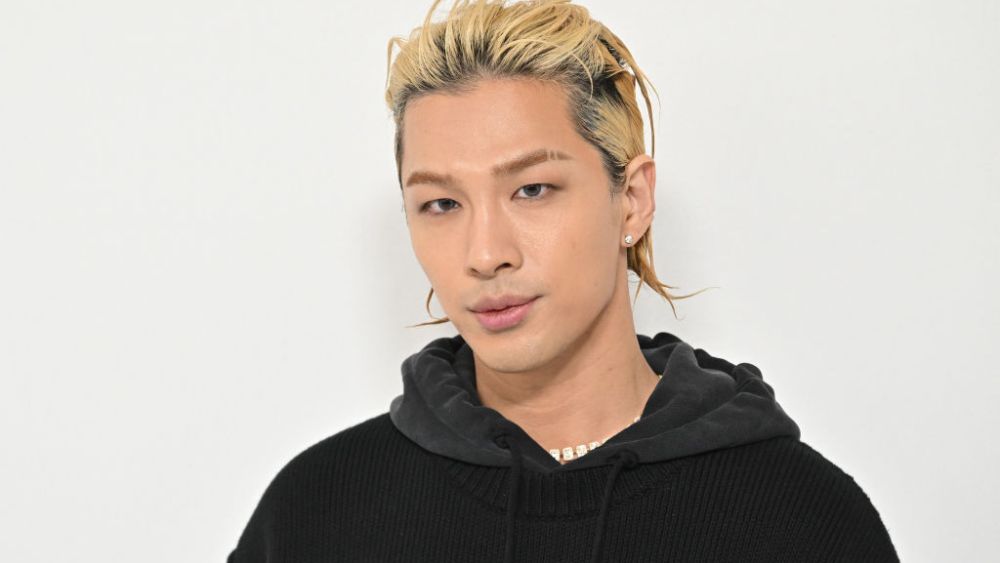 To join the rest of the star-studded front row in helping Givenchy celebrate its latest menswear offerings, Taeyang wore a full Givenchy look, including a black hoodie with distressing and deconstruction and the hemline, slim-fitting jeans in charcoal and black chunky-sole shoes. He accessorized the look with rings, diamond stud earrings and a bejeweled necklace.

He had his currently dyed blond hair slicked back.

On Tuesday, Givenchy revealed Taeyang as one of its newest brand ambassadors. This marks the first Givenchy show the musician has attended since 2014.

“I’m really grateful and honored to be part of Givenchy, for so many years it inspired me a lot,” he said in a statement regarding his new brand ambassadorship.

“Taeyang is an inspiring artist — a music pioneer with an authentic, barrier-breaking way of expressing his own personal style, which fits perfectly with today’s Givenchy aesthetic,” said creative director Matthew M. Williams in a statement about Taeyang’s appointment.

Taeyang made his public debut in 2006 with Big Bang. The brand slowly climbed in popularity and became one of the top-selling digital groups in Asia and one of the best-selling boy bands worldwide. In 2008, Taeyang launched his solo career with “Hot.”

Givenchy’s fall 2023 menswear collection was designed by Williams. The brand’s latest collection drew inspiration from photos of jazz legend Miles Davis while he was touring and living in Japan in the ’80s and experimenting with fashion. The collection features suits, plaids, sweats, utility pants, thermals and boiler suits.