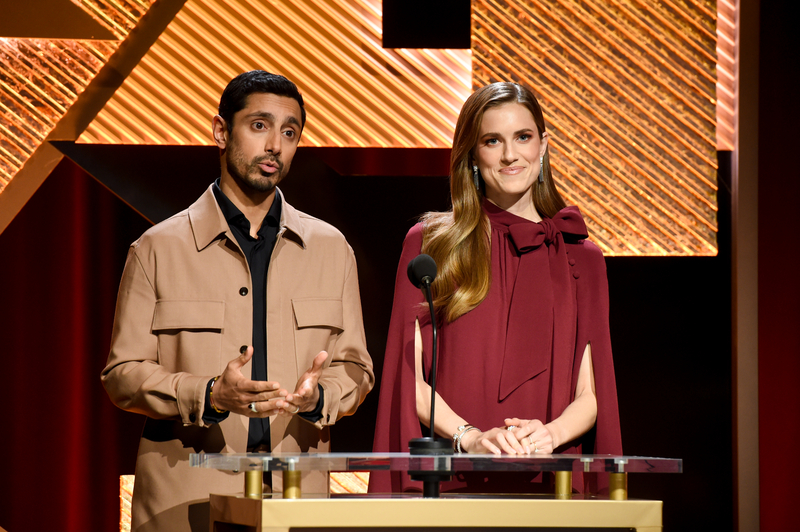 As award season continues, all roads are leading up to the Academy Awards. The coveted award show is known as one of the highest honors actors, directors and creatives in the film industry can receive. In preparing for the 95th Academy Awards, on Tuesday the Academy revealed the 2023 Oscar nominations.

Among the nods were documentaries incorporating never-before-seen footage of memorable events, like Disney+’s “Fire of Love,” which, using archival footage and photos, tells the tragic, scientific, fiery love story of French couple Maurice and Katia Krafft, who died while intentionally onlooking an active volcano. Other documentaries that scored nominations told stories about human connection and the environment, like “The Elephant Whisperers,” which is a short-film documentary about an Indian couple who adopt a baby elephant.

The themes of the documentaries ranged from historical accounts, to fly-on-the-wall style storytelling, to unique, aesthetically pleasing visuals of human relationships. The nominations were presented by Allison Williams from the film “M3GAN” and Riz Ahmed, who starred in the movie “Sound of Metal.” Hosted by Jimmy Kimmel, the 2023 Academy Awards will take place on March 12 and be broadcast on ABC.

Here, WWD details how to watch all of the 2023 Oscar-nominated documentary feature and short films. Many of the titles are available to view on streaming platforms for free with a trial subscription for those who do not have memberships. Read on for more.

Directed by Indian filmmaker Shaunak Sen, “All That Breathes” offers a look into the lives of the “Kite Brothers,” a pair who run a bird hospital in New Delhi, mainly rescuing injured black kites. A city that’s known for being one of the most populated, the HBO film dives into the themes of environmental toxicity, ecological collapse and rising social tensions.

“All the Beauty and the Bloodshed”

Debuting in theaters November 2022, the standout picture details the career and activism of American photographer Nan Goldin, specifically her exposure of the Sackler family. The affluent family, who had ties in the pharmaceutical industry, were largely responsible for the crisis that was the opioid epidemic that left countless dead. Incorporating special archival footage and interviews, the piece evokes an inspiring call to action.

The National Geographic film retells the explosive story of French couple and volcanologists Maurice and Katia Krafft, who documented active volcanoes closely and dangerously for 25 years. Their fascination and bravery with the natural fiery occurrence ended in tragedy in 1991 when they died in a pyroclastic flow on Mount Unzen, Japan. With countless hours of descriptive footage and photos, the documentary reveals the couple’s undying need to explain the mysteries of volcanoes and get an up close look at its terrifying marvel.

“A House Made of Splinters”

Securing a 2022 Sundance Film Festival Directing Award for World Cinema Documentary, the piece takes an intimate dive into an eastern Ukrainian orphanage run by a caring group of women. Displaced from their homes because of alcohol abuse or violence, the film gives a closer look at the lives of these children and how they maintain hope in a war-torn environment while they await court custody decisions.

This fly-on-the-wall documentary style follows Russian opposition leader, lawyer and activist Alexei Navalny. Navalny, who is serving jail time in Russia in permanent solitary confinement, engaged in the act of taking on Vladimir Putin. The documentary follows Navalny through his efforts for reform, including the investigation into his attempted assassination by poison.

Released in December, this transformative short film follows couple Bomman and Bellie from South India who adopt a baby elephant named Raghu. Devoting their lives to care for the animal, it explores and tests the connection between the human and the animal world.

By Evgenia Arbugaeva and Maxim Arbugaev comes “Haulout,” a short film that is about a man who waits in the desolate Siberian Arctic in hopes to observe a historic occurrence that happens each year. The ocean warming, however, is taking a negative effect on his goal of watching the walrus migration.

“How Do You Measure a Year?”

Streaming availability not yet announced

Directed by Jay Rosenblatt, the short film puts a fascinating spin on time, specifically over the span of a year. The piece follows a father who records his daughter every year on her birthday, from the moment she is a baby, to when she is a young woman. In a wowing 29 minutes, the film reveals the epic evolution of growing up, including all of the complex, memorable, beautiful and sometimes disastrous moments. It delves into the themes of adolescence, adulthood, and the relationship between father and daughter.

The 40-minute political documentary comes from directors Anne Alvergue and Beth Levison, telling the story of Martha Mitchell, a cabinet wife who bravely spoke out during Watergate. For her lack of silence however, Nixon’s administration ran a campaign to gaslight her into silence.

“Stranger at the Gate”

A New Yorker documentary, this piece centers around Afghan refugee Bibi Bahrami and other members of an Indiana mosque who encountered U.S. Marine Richard McKinney that had a secret plan to bomb their community center. Thankfully enough, his plans don’t follow through, due to the bravery, kindness and resilience of Bahrami and the other unique members of the mosque. This project explores trauma, morality, doctrine and mental health.