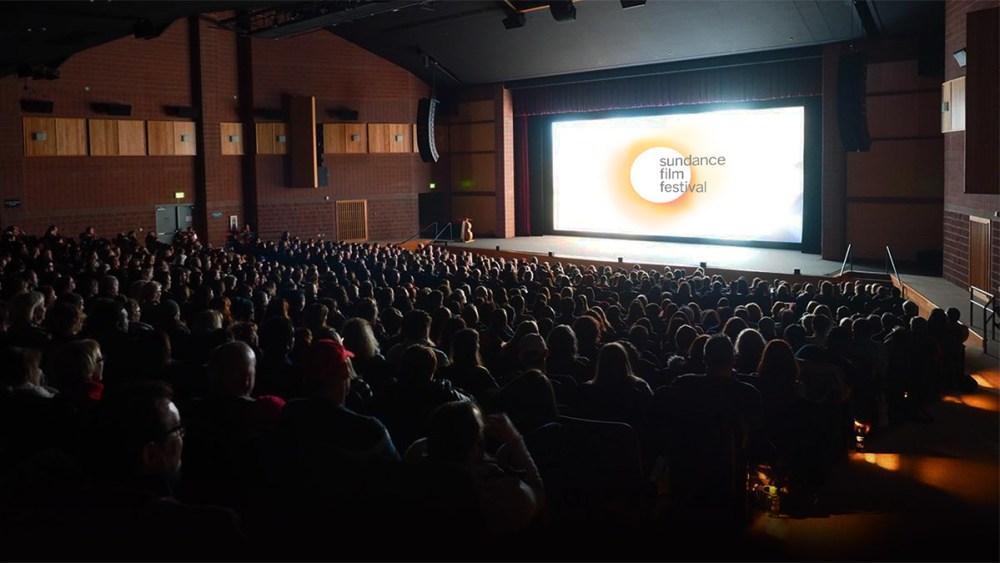 Tickets to each film cost $20.

Here is WWD’s selection of 10 independent films scheduled for online viewings through Jan. 29 via Sundance’s online-streaming portal on Festival.sundance.org.

In “Animalia,” Oumaïma Barid portrays the role of Itto — a young pregnant woman without any limitations as to how far she will go to find her husband, Amine, in an up-ended sojourn through Morocco. Sofia Alaoui, a French Moroccan filmmaker and writer who had been presented with the Sundance Short Film Grand Jury Prize in 2020 for her short film “So What If the Goats Die,” infuses the supernatural, the sci-fi and a burst of wealthy Moroccan culture in this feature film that’s meant to symbolize the end of the world.

Directed by D. Smith, “Kokomo City” brings the nostalgia of black-and-white film to a real-life documentary following the uncensored lives of four transgender sex workers based in New York and Georgia. Reflections on their clientele, the culture of their work and the authentic experiences they’ve endured as Black transgender women in the sex field are explored throughout the film — both from their perspective as well with insight from the men who acknowledge the struggles of fitting into society’s definition of masculinity twined in between.

Jonathan Majors takes on the role of Killian Maddox in Elijah Bynum’s “Magazine Dreams.” Maddox is presented with the conflicts that arise between pursuing a career as a bodybuilder (despite the physical and emotional aftermath that may come with it), working on self-improving his temper and learning to assimilate to emotional human connection.

Crowds were enamored by Puerto Rican filmmaker, screenwriter, producer and interdisciplinary artist Glorimar Marrero Sánchez’s first feature film directorial debut, “La Pecera.” Led by Isel Rodríguez, her character Noelia finds refuge in Puerto Rico after she becomes aware her cancer has returned. The land serves as Noelia’s guide to healing although its grounds have been inundated with natural disasters and industrial contaminations. The film meshes feelings of pain, strength, mourning and, as Sánchez describes it, “the claiming of freedom” into its cinematic release.

Director Susanna Fogel depicts dating in the modern day with what starts off as an innocent flirtation between Margot, played by Emilia Jones, and Robert, portrayed by Nicholas Braun. Texting sets off their love language, romantic feelings evolve, and “vivid daydreams” are later fueled by questionable scenarios between the two in Fogel’s adaptation of Kristen Roupenian’s short story “Cat Person,” published by The New Yorker.

Emmy-nominated film director Daina Reid brings up the way trauma can present itself in strange ways with her psychological thriller “Run Rabbit Run.” Starring “Succession” actress Sarah Snook, who plays the mother of a seven-year-old girl whose behavior has taken a turn to the dark side — with events that seem rather familiar to the mother’s past. Reid had received critical acclaim for the “The Handmaid’s Tale” episode she directed titled “Holly.”

The animated feel-good Sundance film was directed by Toby Genkel and stars a witty cat named Maurice. Hugh Laurie is the voice behind the skittish furry animal, while Emilia Clarke portrays the voice of Malicia. David Thewlis voices-over “Boss Man.” Maurice may be street savvy, but there are rats involved in the plot who have a few tricks up their sleeves themselves.

A friendship between two boys named Pietro and Bruno, which begins at 11 years old, is later harnessed in adulthood as they rebuilt a collapsed house in the mountains of Aosta Valley, Italy, together. Directors Felix van Groeningen and Charlotte Vandermeersch explore the characters’ bond in relation to beautiful landscapes. “The Eight Mountains” received the Jury Prize at the 75th annual Cannes Film Festival.

Indigenous culture, witchcraft magic and religious authority all play a part in Christopher Murray’s film “Sorcery.” Plotted in the 1880s and in the South of Chile, the Chiloé Island, Rosa looks to sorcery at 13 years old to find justice after learning her father had been murdered. Murray directed and cowrote the film, which is based on true events.