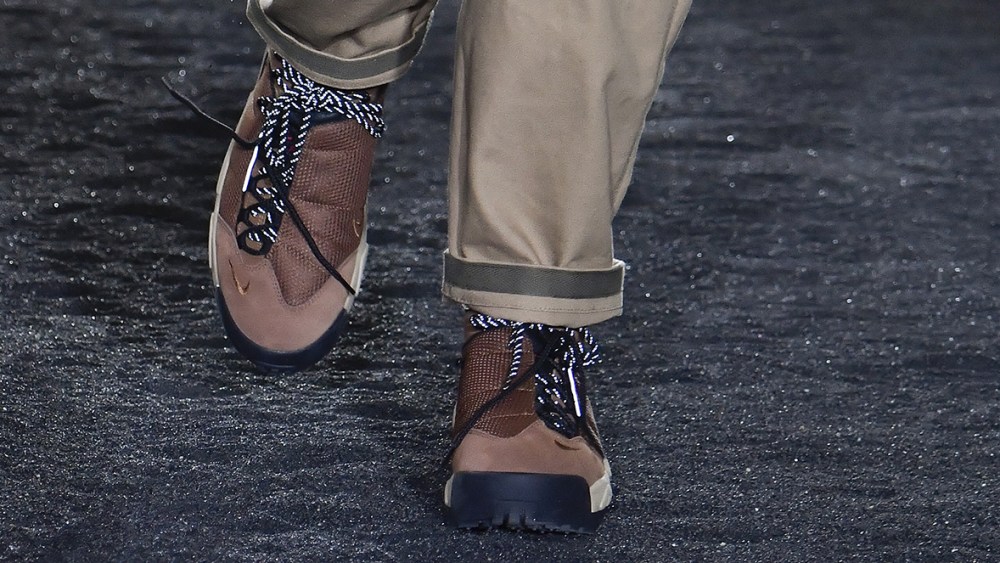 Sacai revealed a pleasant surprise during its men’s fall 2023 and pre-fall 2023 Paris Fashion Week Men’s show on Monday. Not only did the Japanese label unveil its newest collection, but the brand offered a first look at the latest collaboration with Nike on an upcoming sneaker.

The Magmascape sneaker featured a mesh-like base at the outer sole of the shoe, with a workmen’s wear themed lace on the side of the sneaker. The front toe of the sneaker had a crushed soft textured material, with Nike’s signature swoosh. It had a thick, chunky sole in coordinating colors of white and black. On the runway, the colorways displayed included a vibrant cobalt blue, a deep brown and gray.

No information has been released yet about the new sneaker’s pricing or release date. Sacai and Nike released their first partnered collection in 2015, which featured an Air Max 90 sneaker and women’s sportswear. In August of last year, Sacai partnered with Nike to release the Sacai x Nike Cortez, which featured an ultra extended midsole and came in a classic red and variety royal blue colorway.