The Temperley woman was a dynamic, wandering traveler who was on a journey and spent her days exploring. 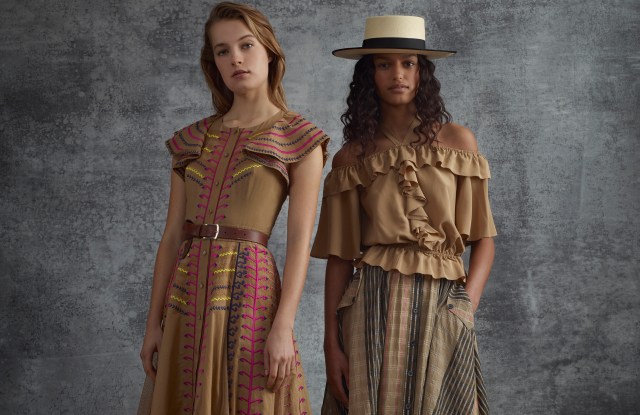 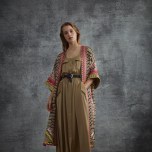 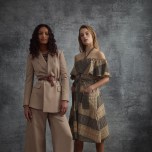 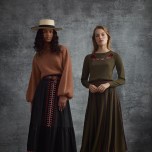 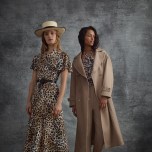 Alice Temperley referenced a myriad of influences — such as 20th-century female explorers, nature, archeology and Peter Beard’s travel journals — for pre-fall. The Temperley woman was a dynamic, wandering traveler who was on a journey and spent her days exploring.

Temperley juxtaposed feminine aspects of the range with more masculine shapes, which added a cool edge to her relaxed and contemporary lineup of daywear, tailoring and eveningwear.

She incorporated cotton drill men’swear tailoring, oversized silhouettes and cinched-in waists against soft chiffon fabrics and florals. There was a jumpsuit that featured a bold graphic embroidery influenced by Tibetan Tiger rugs. A tailored khaki suit was belted at the waist. The jacket, which came a bit oversized, was paired with wide-leg cropped trousers.

For eveningwear, she concentrated on spines and nature as embellishments. She employed sequins and mirrored Perspex, which were hand-cut. She looked at the spines of leaves, animal prints and fossils and devised geometric patterns, which were hand-sewn as accents on floor-sweeping gowns and jumpsuits.