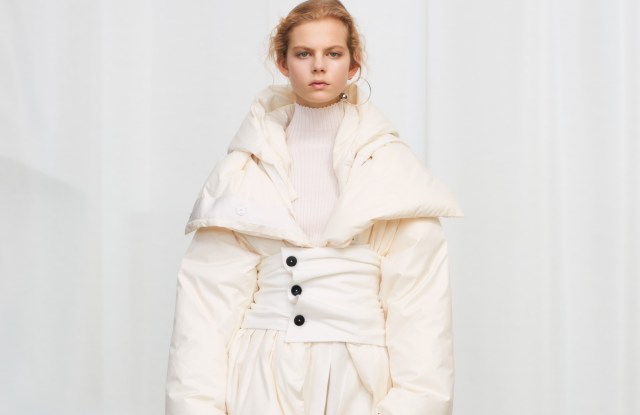 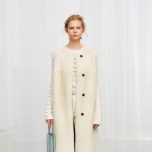 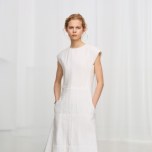 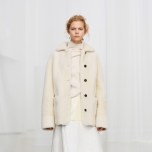 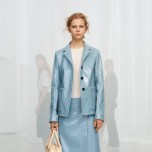 What’s next? That’s the question that Jil Sander creative directors Lucie and Luke Meier asked themselves for pre-fall.

In particular, they tried to focus not only on defining the possible future for the brand they joined in April, but also on imagining the imminent future of the world we live in. “We want to be positive,” said Luke Meier.

As a result of this approach, the designers focused on a comfortable, relaxed mood, which translated into “soft, cocooning, cozy and close to the body” silhouettes, as Lucie Meier described the overall shape of the lineup.

A sense of ethereal beauty ran through the collection, which opened with a futuristic-like featherweight, oversized padded coat cinched at the waist with a tone-on-tone corset. The outerwear piece was layered over a soft knitted turtleneck sweater and ribbed knitted joggers, heightening the sense of ease and comfort.

Jil Sander’s signature rigor informed the range of crispy cotton shirts and tailored suits, which were peppered with quirky touches such as asymmetric pockets and lines.

While centered around classic tones of cream and off-white, blue, gray and an elegant burnt brown, the lineup also included vivid accents of sky blue, orange and green, which popped in the chic floral jacquards of V-dresses, draped tops and asymmetric flared skirts.