The collection ran the gamut of sweetly feminine to military toughness, underscored by a reflection of growth in the company. 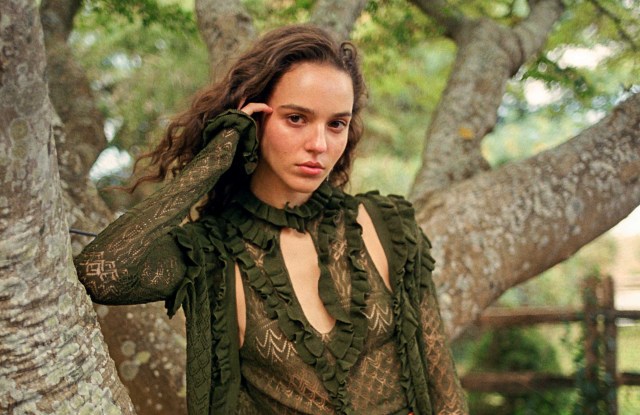 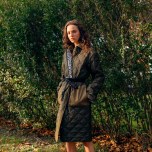 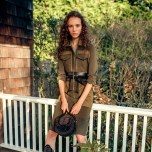 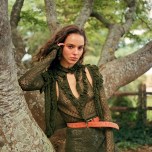 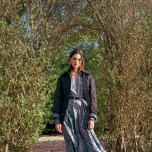 Transitional is often the operative word for pre-collections. It’s a concept — noted by Joseph Altuzarra in his showroom — that coursed through the brand’s latest pre-fall collection, though balance was the key takeaway. Balance of the alluring seduction for which the brand is known and more structured tailoring; balance of evolution and essential house codes, and balance of form and function. It ran the gamut of sweetly feminine to military toughness, underscored by a reflection of growth in the brand and what women truly want to wear.

Altuzarra approached the season first by mining his archive, pinpointing a parka from fall 2011 for its inherent masculinity, later dispersing its aspects of functionality, utility and ease. A military thread was born, though lighter, more comfortable and more chic than your typical fare. He experimented with a concept of outerwear linings, first elevated into a fully reversible military green quilted nylon jacket, then again as a sleek fitted jersey dress with large pockets. A cozy double-breasted shearling jacket with a boxy proportion rounded out the military range.

A play on structure was, in fact, central in maintaining that tricky transitional target. Tailoring this season was looser and more relaxed, as in the waterproof parkas, especially a short black version balancing traditional masculine detailing with sport via drawstrings. The overall ease and flou tempered the thought of having to layer items from summer through fall.

There was playfulness to wit. Kalim carpets inspired some great matching sets — soft hand-painted watercolor georgette skirts under chunky, reversible knits. Leopard prints straddled the graphic, as in a wool cashmere coat over sexy slit skirt, to the bohemian, as in a flowy dress mixing florals and leopard in a clever scarf design. Most humorous was Altuzarra’s take on logomania, namely a graphic T-shirt listing all the designer’s favorite misspellings of the brand name.

Seduction is core to the brand’s ethos, found this season in boudoir-inspired lace and frilly dresses, notably a black lace slip with leopard-patterned paillettes.

You're missing something!
SUBSCRIBE NOW
Altuzarra ready to wear reviews