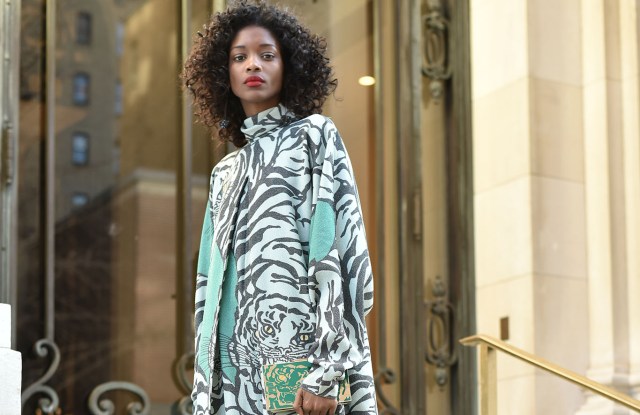 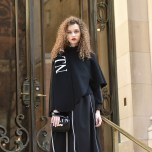 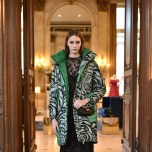 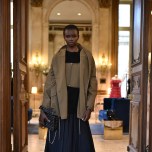 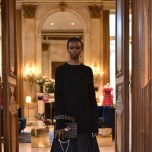 No designer with a functioning business can understate the importance of pre-collections, but many — this pre-fall season in particular — have presented them with little fanfare. The past two months have been a steady drip of standard press days and showroom appointments for editors to peruse the racks. Maybe there’s a model, maybe not. Maybe the label decided against publicizing its collection at all.

At Valentino, where the ateliers churn out collections as vast as they are remarkable like clockwork, minimizing the work is not part of the strategy. The only thing low-key about Pierpaolo Piccioli’s spectacular pre-fall presentation was that it was a presentation, not a proper runway show. He filled three grand, ground-floor salons in the early 20th century James B. Duke mansion on East 78th Street in New York, now home to the New York University Institute of Fine Arts, with a modern heritage lineup. In it, he nimbly navigated the worlds of Valentino then and now, while displaying his philosophy on running a luxury house with deep history in today’s complex, casual and attention-deficit world.

“At this moment when everything is confusing with the fastness of information, I think it’s important to stay in your own roots,” said Piccioli of his decision to mine Valentino’s archives from the Sixties, Seventies and Eighties. “Coolness but also a couture attitude are the words that describe Valentino today — it’s a cool couture house.”

Chief of mind was showing a new generation of Valentino clients the tenets on which the brand was built. Some of it was familiar — the ruffles, hearts, polka dots and bows of yore, here treated with a light hand on beautiful tulle eveningwear. Much of it was unexpected. Piccioli revived bold black-and-white stripes from an Eighties perfume bottle: a swirly logo print from 1975, and sultry tiger, dragon and snake motifs, the latter slithering up on an exquisitely chic update of a black velvet gown from the fall 1971 couture collection.

“New is what you don’t know,” Piccioli said. “So for the younger generation, this is all new because they don’t know this heritage.” Aside from a handful of reissues, including a fabulous reimagining of a powder blue tiger-printed lame jumpsuit, he focused on making the retro ideas “alive.” A big part of that translated to elevated sport and streetwear carried on from the success of the luxe tracksuits he introduced for resort.

Elaborate tiger, snake and dragon embroideries appeared on nylon bomber jackets, parkas, silk tracksuits, army jackets and Velcro sneakers. All of it was undeniably glamorous yet Piccioli emphasized that the pieces were “real.” Bombers, tracksuits and sporty technical dresses were meant for everyday use. Many of them made a major push for the house’s new graphic black-and-white VLTN logo, which also appeared on coats, furs, knits, socks and bags that ranged from minis to riffs on traditional shopping bags. A blue and green tiger-striped down parka, done in collaboration with Moncler, will actually keep you warm and prevent you from blending in with the masses suited up in standard black quilted down. After all, standing out is a key function of practical luxury daywear. “People need to dream and desire the pieces, not just cover themselves,” Piccioli said. “Otherwise it’s just another piece in your closet. You don’t need it.”