The latest lineup maintained a thread of sensual ease appropriate for the workplace. 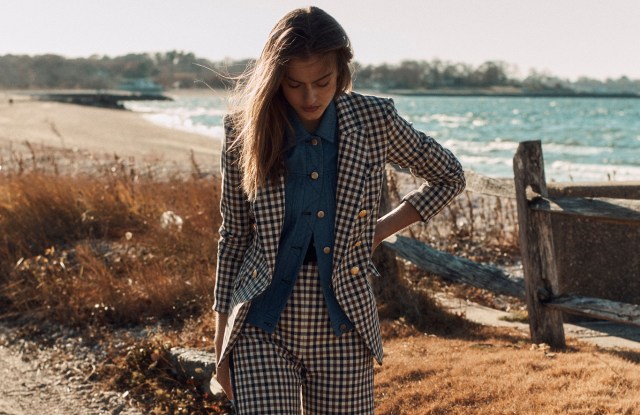 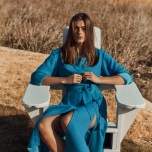 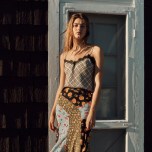 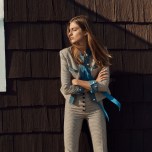 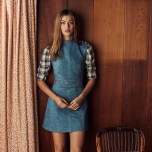 Veronica Beard is in steady growth mode. The brand has been around for nearly eight years, but sisters-in-law Veronica Swanson Beard and Veronica Miele Beard are mindful of organic expansion and perfecting an edit of product that resonates. Their best-selling dickeys, for instance, now range from plaid to fisherman knits to denim and patent leather, with a holiday offering called dickey in a box. Their fall denim launch was in such demand that they’ve already cut the Carolyn Tux jean, a crop flare with side stripe, in three colorways. Not to mention they’re gearing up for more digital and European expansion and opening an L.A. store in February.

It’s all to say the designers know their base. “We’re always inspired by this Veronica Beard girl, who exists in our heads, in ourselves, and all the people that we know,” Swanson Beard said at a walk-through. Indeed, the brand speaks to a mash-up of preppy, grunge and Americana filtered through an Eighties and Nineties lens.

The latest lineup maintained a thread of sensual ease appropriate for the workplace. Florals of different scale, and patchwork floral prints, were clear winners. A patchwork skirt paired with a lace-trimmed plaid camisole and sharp denim blazer was the epitome of summertime chic. Novelty basics have become signatures, seen this season as shirting-cardigan hybrids, striped sweaters with ruffle shirting trim, or plaid button downs with poufed sleeves and rejiggered bodices. The inherent approachable seduction resonated most — a featherweight cardigan worn as a top; a great cable-knit sweater slightly off-shoulder. “It’s clothing you won’t fully understand until you put it on,” Miele Beard ended. “The fit makes girls go crazy.”