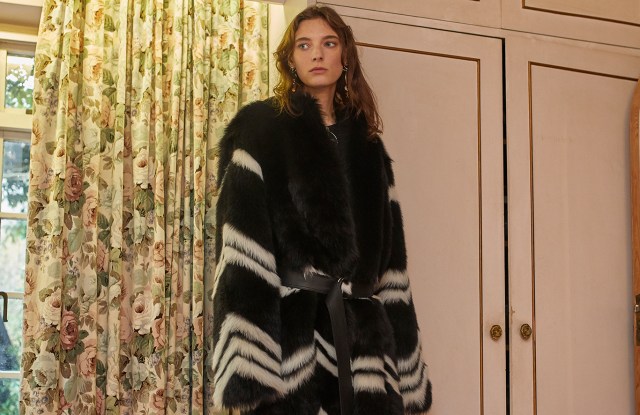 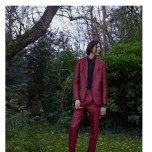 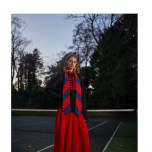 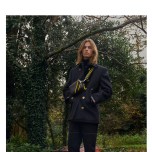 Boho is over — at least as far as Clare Waight Keller is concerned. As if to banish for good the girly romance of her Chloé tenure, the designer’s pre-fall collection for Givenchy, her second for the brand, mined deeper into the masculine-feminine territory she mapped out in her debut show.

With its mix of oversize outerwear and geek-chic midi dresses, the lineup — shot at a private manor in Kent, England — felt bang in tune with a period of increasingly radicalized gender politics. In fact, shoulders haven’t been this big since the advent of power dressing in the Eighties.

“It’s in the air politically, and obviously there’s a lot of discussion around that, but I do think even as a house, we represent a very confident and a very daring kind of woman,” Waight Keller told WWD.

She traced her use of bold shades like red, amber, electric blue and black to founder Hubert de Givenchy. “I love the idea of those strange brights. They’re sort of almost like a streetwear-bright intensity, then mixed with deeper, earthier, richer tones,” she said.

The looks had plenty of crossover appeal, from three-quarter length coats inspired by men’s tailored jackets to unisex sweaters featuring a fresh take on the traditional 4G emblem.

“I’m quite proud of the branding here, and I think that the 4G emblem is something that is very important and significant to the brand,” the designer explained.

Musing about the return of the logo — Paris department store Le Bon Marché is dedicating an in-store event to the trend — Waight Keller noted brands were working with graphic elements in a more upscale manner.

Equally au courant is her decision to focus on shearling and fake furs as opposed to classic exotic furs — at a time when pressure from animal rights activists and changing consumer tastes, especially among Millennials, are prompting brands such as Gucci to go fur-free.

“It’s more a personal conviction, because I find it quite hard myself to wear fur, especially living in London,” she said.

“I found it super fascinating to find what’s out there. There is an awful lot of choice and it offers a very different way to interpret fur as well,” Waight Keller added. “It has this airy quality, so you can actually really do these massive volumes and they’re super light.”

Eschewing the flamboyance of her predecessor Riccardo Tisci, the men’s looks were built on staples such as parkas, peacoats and bomber jackets, with a soupcon of Brit rock ’n’ roll swagger — courtesy of a red-and-black leopard print suit and elongated Chelsea boots.

These were echoed in the equally pointy two-tone women’s boots, part of a lineup of accessories that included four new bag styles — including the GV3 bucket bag — and oversize carved earrings based on the signs of the zodiac: confident dressing at its peak.