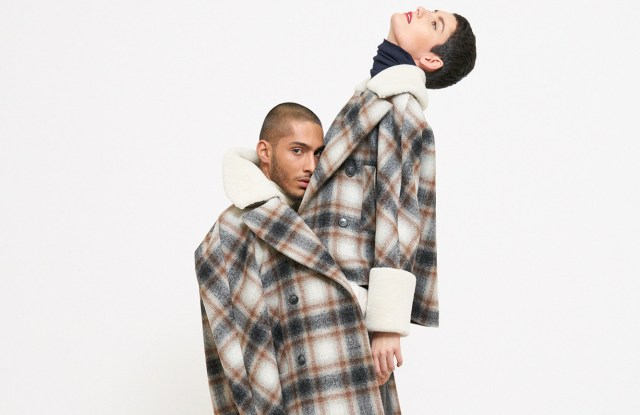 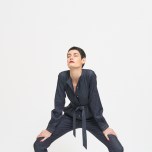 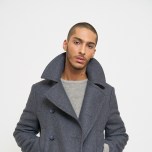 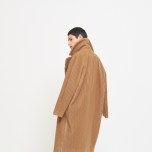 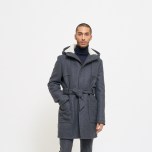 Martin Grant just launched a capsule collection for men, so it was hardly surprising that his women’s pre-fall designs had an androgynous slant.

In fact, the designer only slightly tweaked some of his men’s styles — including a trouser suit and an oversize navy coat — to adapt them to the female form. Call it a 180-degree switch: It was his tuxedo design for French director Nicole Garcia that originally led to him creating a similar style for men.

Not that it really matters: Grant’s daywear has always been grounded in luxurious staples, such as this season’s check coat with a removable shearling collar, or a jumbo cord trench. “Quiet luxury — I mean, it’s very much about the fabrics, the textures, a very, very soft fabric feel,” he said of the collection.

A case in point was a fuzzy gray alpaca sweater that read like a very upscale spin on a sweatshirt. It came in a women’s size, but Grant suggested borrowing the men’s version for an even roomier fit. The more overtly feminine options were easy yet chic: lightweight denim pieces with topstitched details, a black jersey turtleneck dress and a cocoon-like camel cape coat.

Grant left the eveningwear for later: As part of his decision to shift the focus away from his main women’s collection and toward the pre-collections seasons, he plans to show a few more dressy pieces to coincide with the main women’s ready-to-wear shows in March and October.