Creative director Daniel Lee presented his first collection for the Italian brand, grounded in its tradition yet infused with new techniques and interesting contrasts of materials. 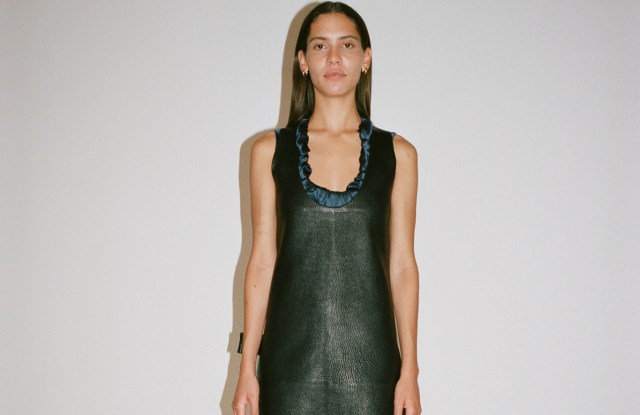 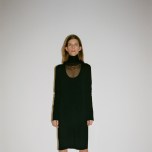 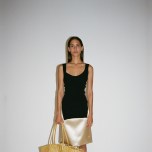 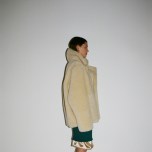 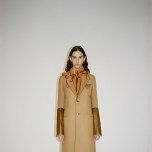 Bottega Veneta’s Daniel Lee views his pre-fall collection for the brand as a “warm up” for the fall lineup to be presented on the runway in February. Yet the selection of handbags, clothes, shoes, eyewear and jewels displayed at the Cavallerizze, a section of the Museum of Science and Technology in Milan, was a comprehensive and extensive one.

“When I joined, the whole point of this was to try to establish what could be the new Bottega Veneta icons, lay down a bit of the framework, the grounding that we can build upon going forward and obviously bags is a good place to do that because people use bags for different reasons and these reasons almost dictate and give parameters on which to design,” the British designer said in an interview.

Lee joined the storied Italian brand as creative director on July 1, and this is his first collection for the Kering-owned label. A graduate of Central Saint Martins, Lee was previously director of ready-to-wear at Celine, owned by rival French conglomerate LVMH Moët Hennessy Louis Vuitton. This follows earlier stints at Maison Margiela, Balenciaga and Donna Karan. Lee succeeded Tomas Maier, who helped shape and elevate Bottega Veneta for 17 years.

“The process of working with the hands is a tangible kind of thing. The making, the leather technique, I find it very inspiring. The personal touch, the hand element are very important in modern times and what I believe luxury is,” he explained. “The heritage of leather goods and the craftsmanship is important and a special part of Bottega. It was exciting and inspiring to work with such a high level of skills and quality that are pretty unparalleled in this world. The quality of product and the work shown is better than anything I have seen before.”

Lee further developed the brand’s “super-inspiring” intrecciato weave, starting from the totes in a dizzying variety of sizes, including those he called “jumbo.” There was also a selection of structured handbags with metal elements “reminiscent of Milan’s door handles,” he noted. The intrecciato was also a building block for the clothes and the shoes — although a mesh motif in the latter category seemed less luxurious than one would expect from the label.

This is Lee’s first experience living in Milan, although he also still spends part of his time in London. “Of all the places I’ve lived, there is definitely a very inspiring Milanese code of dressing. What does Italian mean and how to translate that in a global brand?” To answer this question, he has been watching “juicy and rich” Italian films, including “L’avventura” by Michelangelo Antonioni, and turning to “women of style” Monica Vitti, Franca and Carla Sozzani and Manuela Pavesi, identifying a Milanese dress code — “a jumper and a skirt, a special fit,” Lee mused.

In his own designs, there is “a boldness to everything,” he said, offering “individuality and a point of view,” but at the same time, “the idea is to build around what is a modern wardrobe. What do people need?”

The collection included a lot of knitwear, both featherlight and chunky, as Lee believes the category is “very intrinsic to Bottega,” as is leather, obviously, he said, pointing to a little black dress in said material. The designer opted for what he described as “humble weaving,” and authentic, natural cotton. “I like things that are understandable — you know what you are getting and what to do with it, taking away elements of complications.”

From the intrecciato, he conceived a specially developed heat-sealed quilting in leather with nylon seen on short boxy skirts, for example. There was only one print, and this reproduced the weave in black and white.

Functionality is also key for Lee, who created some solid outerwear, such as a waterproof jacket worn under a sleek camel coat, for example. “I like textures mixed together,” he said, showing a satin blouse juxtaposed to the “dullness” of cotton pants, or the shine of a leather jacket versus the matte nature of a knitted top.

In terms of colors, chocolate and oxblood, or reddish brown, are important to Lee, as “they say Bottega,” and there were injections of bright yellow or amber on a palette that included plenty of basic black, white and cream. Cute details were buttons in different sizes and colors on the same outfit and jewel-like belts. “I like the idea of discovering the clothes, with elements that are not visible to the outside, but are something that only you would know, and they are also touches of personalization,” Lee noted.

Asked about the main challenges in approaching the label, including his first men’s lineup ever, he said, “When you start any brand, you kind of rewrite everything. There is a huge amount of work in the first collection, you establish what is the button, what is the zipper, the thread, the basic poplin you want to use and then you develop a bank of information, but in the first collection you have to do it all,” he said.

Innovation is a crucial, big part of Bottega, and Lee is aiming to infuse a dose of modernity to the brand. For example, he conceived a shirt from a dishcloth fabric, and a skirt and top combo were made with leather laser-cut to look like fish scales. “It’s almost haute couture-like and it’s a message of fantasy but also grounded,” he mused.