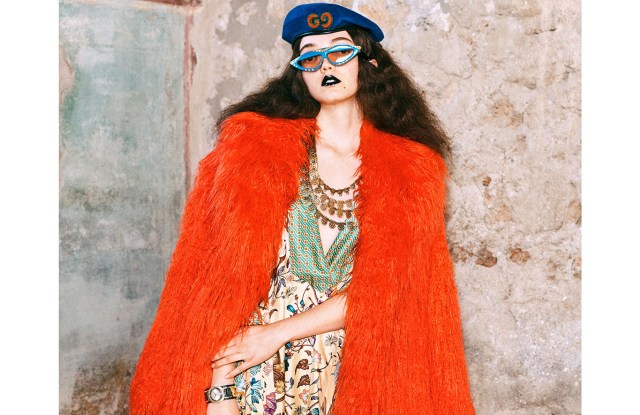 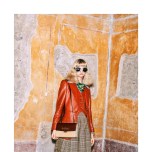 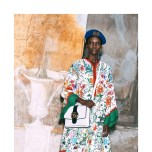 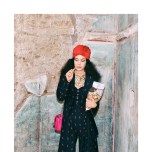 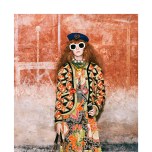 With no Alessandro Michele, no member of the design team nor any show notes, it was difficult to decode the overall meaning and message of Gucci’s pre-fall collection, which was shown on mannequins in the company’s Milan showroom.

Since his debut at the helm of the luxury fashion house, Michele has made a certain overabundance and eccentricity core to Gucci, along with exceptional creativity, fantasy, richness and beautiful execution.

These were still key for pre-fall, as the collection at first sight looked like a further development from previous seasons, with the layered look; ornamental opulence — including charming embroidered starred skies and city views, and a sense of controlled disorder in the combination of diverse elements in a single look.

Dwelling on certain pieces, a new sense of cleanliness emerged, especially in the tailored suits and blazers, never worked in traditional suiting fabrics but crafted from a variety of materials, spanning from washed denim and wool showing fil coupe micro cherries to the fuchsia leather of a skirt suit layered under a coordinating quilted bomber.

While some of the looks continued to exude the dramatic, cinematic attitude deeply associated with Michele’s reign, a less extravagant mood was infused in the tweed separates with contrasting trim, in the faux fur coats matched with floral dresses and in the luxury sweatshirts embroidered with the logo of an imaginative Gucci tennis club.

If the style was definitely still to the max, the collection seemed to telegraph a more inclusive and approachable fashion message, highlighted by the elegance of the new chain bag, which might open a path to a more discreet sophistication after a run of successful seasons of hip flamboyancy.

The pre-fall collection will be the focus of images shot in the Pompei and Ercolano archeological sites by photographer Harmony Korine, who will collect the pictures in a limited-edition book to be published next year by Idea Books.