The collection was brimming with both sensual dresses for which the brand is known and a key expansion of daywear. 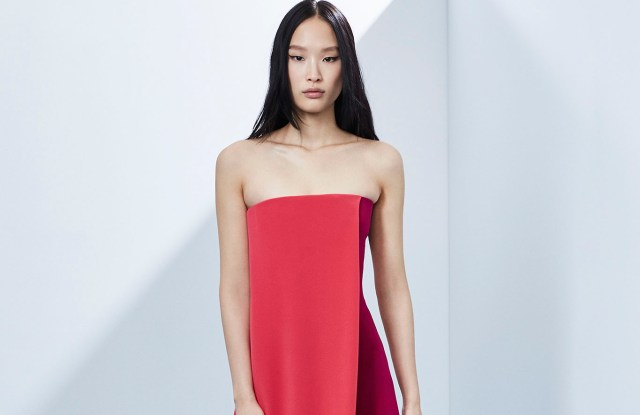 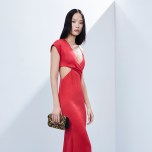 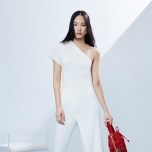 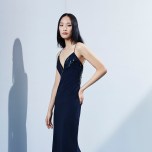 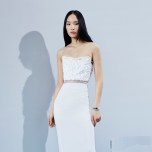 A Cartier ad, an Eddie Murphy movie and Chinese artist Cai Guo-Qiang. It sounds like a mixed bag of references, yet Carly Cushnie managed to extract a common thread of opulence to inform her lovely pre-fall collection, brimming with sensual dresses for which the brand is known and a key expansion of daywear.

The Cartier ad was by Jean Larivière in the Fifties, where a leopard slinks its way inside a store, representing a type of otherworldly glamour you can only dream of. It led the designer to think about the late Eighties comedy “Coming to America,” where Murphy plays a prince coming to New York from a made-up African country. Mixed together, they provided Cushnie with a recipe for light Eighties silhouettes and overall posh gloss, seen in exaggerated shoulders throughout and the draped tulle sleeves of a fabulous little black dress.

Cai Guo-Qiang’s “Heritage” piece of 99 animals sharing a watering hole informed the color palette and use of mixed prints. The mixed print dresses and skirts were the most captivating upon first glance, featuring asymmetric construction offsetting animal prints, colorblocking and pleats. But monotone dresses with sculptural lines and fluid construction proved to be more seductive, like a red number with light boning for support. She balanced the two beautifully in a subtle yellow tiger jacquard slip with zebra-print embroidery.

Cushnie’s focus for the brand as a solo designer has been that of ease. She offered knits to expand on daywear, subtle leopard fil coupe separates, along with a streamlined mixed media jumpsuit. According to the designer, “It’s a collection you can wear all day, wear to work, wear on the weekend and also wear out.”