For Diane von Furstenberg, this season is all about liberty — including the liberty to call it "summer." "We're on calendar," she insists. 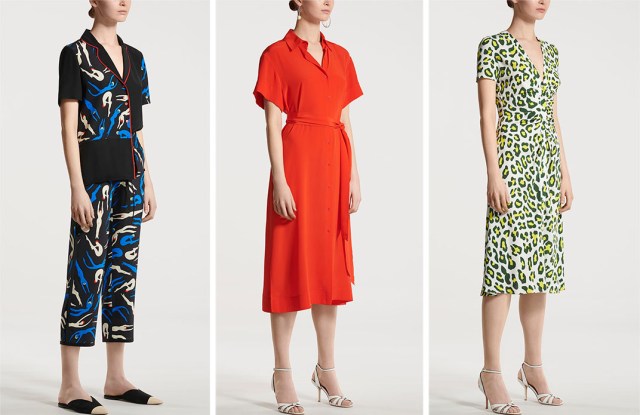 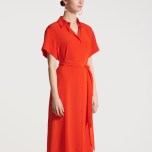 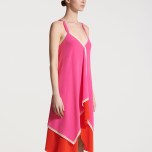 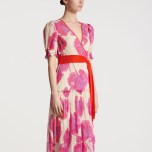 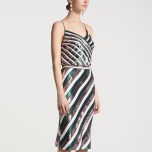 Freedom, as in ease of dressing, has always been at the core of Diane von Furstenberg’s approach to fashion. Never more so than this season, when a certain extracurricular project had her thinking about more broad-stroke freedom. Officially, von Furstenberg is chair of the museum campaign for the new Statue of Liberty Museum, opening in May. (She prefers the title “godmother of the Statue of Liberty.”)

Originally, von Furstenberg intended to connect that project to this fashion collection only discreetly. But, ever the savvy pragmatist, she reconsidered once Karl Lagerfeld and Donatella Versace referenced Lady Liberty in their Chanel Metiers d’Art and Versace pre-fall shows, respectively. “I raised $100 million. I’ll do Liberty, too,” she deadpanned during an appointment last month.

To von Furstenberg, fashion liberty starts with naming this season as she sees fit. “It’s summer,” she said of the range that ships in May, June and July. “It’s very difficult to turn, but it is very important if we’re going to be more DTC [direct-to-consumer] that we follow the calendar.” In deference to the still-preferred European nomenclature, she’s willing to call it “summer/pre-fall,” since the last delivery transitions to an autumnal palette.

As for the clothes themselves, von Furstenberg applied the concept of “liberty” to a scaling back of some recent, excessively ebullient visual impulses. “Everybody does prints now, and everybody does print car crash,” she said. Her approach — patterns of course, but in calmer, chicer renderings. She worked hanky-hemmed flag dresses in clean geometrics, some with engineered constructions, others almost solid but for deep, contrasting borders. Busier patterns were tempered by subdued colors, such as those in the lovely installation that anchored the showroom: a palette of putty, pale pink, black and white for offerings as diverse as a diagonally striped slipdress, pjs that spliced a floral with stripes and soigné-dotted evening wrap dress, with a soupçon of “The Women.” The ease came through in the styling as well — a one-shouldered dress over a matching T-shirt and a look that featured layered wrap dresses, floral over solid pink. These looked charmingly offbeat but wisely avoided wacky. “It’s got to be effortless. To try be cool is not cool,” von Furstenberg proclaimed. She then restated a long-held tenet of her fashion ethos. “DVF should be the friend in your closet.”