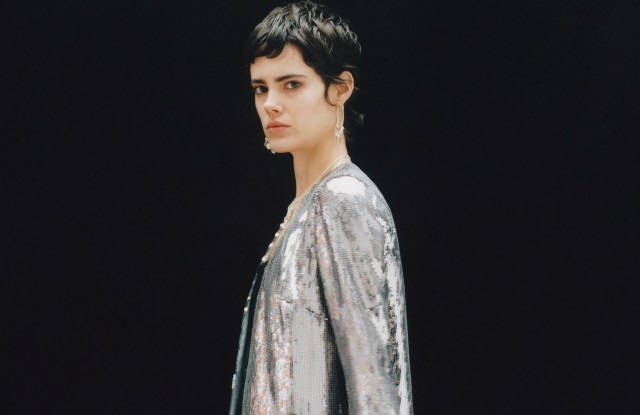 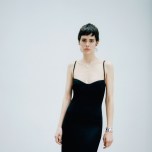 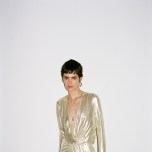 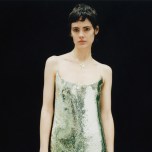 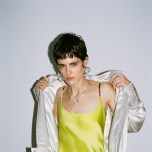 Galvan’s German-based Atelier proved inspiration for the brand’s latest array of playful glamour. Berlin, specifically in the late Seventies, when David Bowie’s move to the city influenced its youth culture and nightlife set the backdrop.

“What was interesting, particularly, when he was there was this surge, almost, of freedom and rebellion in the midst of all of the downy, slightly depressing atmosphere that happened under the shadow of the wall,” Galvan’s Katherine Holmgren explained. “It was all about electrifying nightlife…the fantasy world that a lot of the youth created to escape their everyday.”

The Bowie centric-film “Christiane F.” inspired a satin bomber, while his iconic outfits inspired a fringed and sequined jacket paired with flared, pleated trousers. There were touches of slightly unconventional, slightly over-the-top glamour that melded nicely with the brand’s DNA of cleaner, pared down silhouettes. There were discotheque, glam-rock inspired dresses — sequined in green, with beaded fringe in blue, liquid like in rose-gold — that held the brand’s sought-after effortless feel. Sharp tailoring and separates rounded out the expanded collection — an all-white suit or beaded black bodysuit — with the right amount of modern glamour you could see on any one of the brand’s quickly growing red-carpet starlets.