For her first pre-fall collection, Moon Choi embraced the true fall spirit with a strong collection of modernity tweaked tailoring. 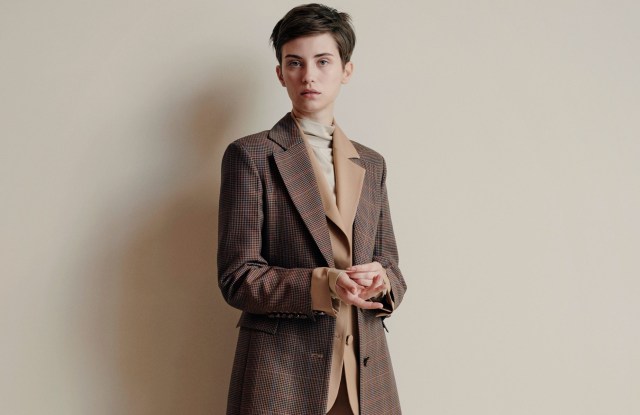 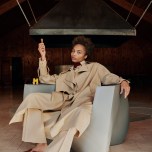 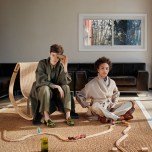 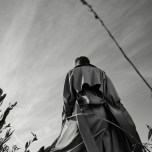 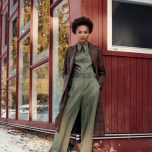 “I started from cuddling people,” designer Moon Choi unexpectedly remarked. “I want to make clothing that comforts one’s life because clothing is the one thing that touches the skin first.” Choi embraced her first pre-fall collection quite literally, with modernly tweaked tailored garments that very subtly mimicked the gestures of cuddling. One of the key pieces included an overlapped double-breasted jacket with sashes that could be criss-crossed and buttoned on opposite sides, offered both long and short. “Like someone is holding you,” Choi explained. Blazers and trousers were given detachable fabric sashes that could be buttoned inside or outside a row of buttons on the garments to distort their shape as if the wearer’s clothing was being bunched during a hug.

As always, Choi’s garments were designed to be defined not by gender, but by size and after last season’s introduction of lighter materials and dresses, Choi returned to her roots with a fall-based, tailored lineup with eccentric touches that lean more refined than kitschy. “Tailoring is center to design methodology because I think it’s very attractive. It has very limited silhouettes, but in this silhouette, I can make a balance between my skills and my creativities,” she stated. The rest of the lineup included wrapped coats, button-downs with a removable double collar, trenchcoats with a large, one-sided double collar and plenty of trousers and shirting.