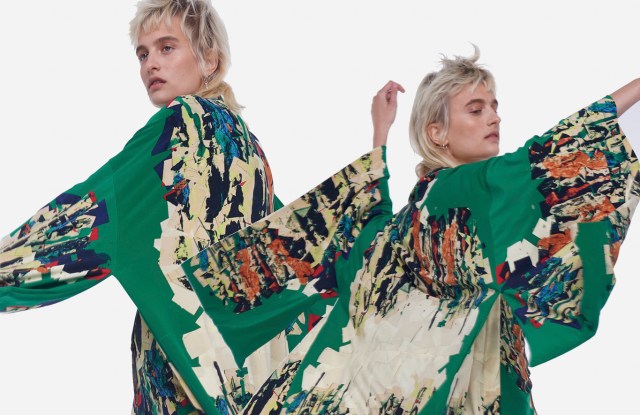 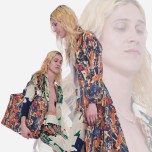 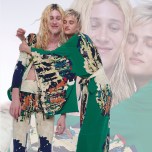 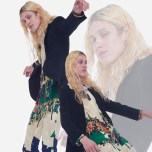 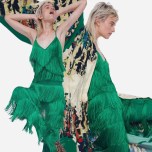 Last season, Norma Kamali introduced her first “unofficial” men’s wear lineup into her women’s wear collections (although she’s always been a pioneer in that area); that dialogue is one that was continued for pre-fall. Kamali noted the need for a shift in the industry toward a more fluid offering. The designer was equally excited about 1). Ezra Miller’s latest Playboy editorial and 2). A male model’s Instagram donning one of her latest pieces on set from a recent WWD shoot, who she ended up hiring for the season’s look book. “Did you find me, or did I find you?” the model had later asked Kamali on set.

The lineup was traditional Kamali: a mix of sporty striped athletic sets, liquid bikinis that could be worn with elongated skirts as evening looks and vibrant fringed frocks. Easy trousers, jumpsuits and layers galore were updated in a blue mosaic print or great black-and-white palm print, while denim came plastered in a graphic engineered print. A studded off-the-shoulder top looked as amazing with a cargo jumpsuit, top tied around the waist, on one of the male models as it did in a dress version on a female model; ditto the adjustable parachute dresses and new cargo jacket. Her look book was shot with varying looks on the two female and two male models, rather than each look on both genders, and will be merchandised as such on the web site. Aside from the clothes themselves, Kamali furthered her conversation with redesigned hangtags that display dual sizing.