Carried over from spring, round shapes and pointy pyramid forms played out across the collection. 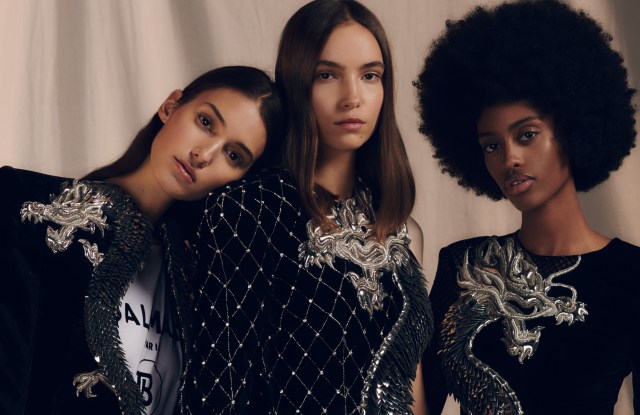 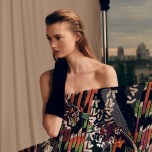 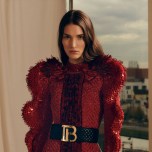 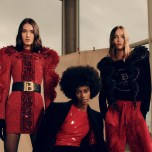 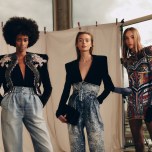 “You cannot understand your future until you know your past,” said Olivier Rousteing, who continued to push his allegiance to “aspirational” creations honoring the house’s couture heritage over fickle trends and the world’s ongoing street obsession.

An East-meets-West theme unleashed his predilection for opulent adornment on a China-red dress with textured sequined dragon sleeves and the warrior-inspired embroidered asymmetric tattoo dresses.

Carried over from spring, exaggerated round shapes and pointy pyramid forms played out across the collection, from the sleeves of a jacket in soft black velvet Neoprene to the extreme pointy lapels on evening jackets, revisited on bleached denim versions.

The experiments with structure felt a little heavy-handed at times, like on the sculptural appendages wrapping some of the minis, meant to create the form of a bow when lifted. T-shirts, belts and bags sported the redesigned Balmain logo, a stripped-back monogram combining the letters P and B, the initials of house founder Pierre Balmain, a move that for Rousteing hails a new era for the house.