The collection was influenced by the designer's discovery of Alice Neel, a portrait painter active in the Sixties through the Seventies. 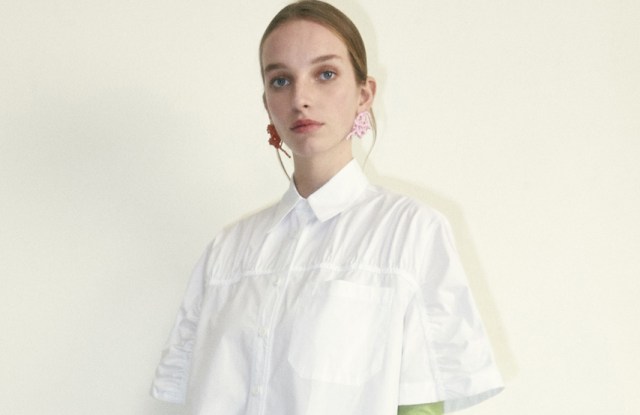 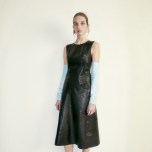 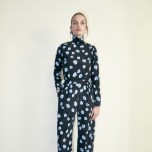 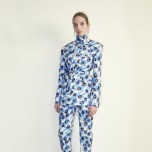 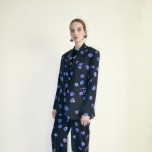 Paintings by Alice Neel served as a starting point for the prints of Christian Wijnants’ pre-fall collection, which he presented in the showroom of the Galerie d’Architecture.

He noticed the portrait painter’s use of stripes, which he borrowed and applied to a white T-shirt — they ran vertically, hand-painted rather than machine-drawn, as shown by how they wavered slightly.

Known for celebrating diversity, Neel was active between the Sixties and the Eighties, corresponding to Wijnant’s childhood. Perhaps his attraction to her work reflected a nostalgic bent, he observed. A denim dress had a slight Seventies flavor with interesting seams crisscrossing the body, diagonal at the chest, while a pocket at the waist was slightly pushed forward. Going for a bit more elegance, he opted for higher waistlines, more cotton — for shape — and lots of jackets, in oversize cuts, boyfriend style. The resulting lineup felt relevant and self-assured, bringing new elements to the label’s knit and patterned universe.

With pre-fall collections hitting stores in May, he offered pieces with a summer feeling — the market has increasingly become see-now-buy-now, he noted.

Prints included a stylized flower he calls moon flowers, noting there was something poetic about not being able to identify the shape, which he described as being a bit graphic but also like a stain.

A velvet corduroy viscose in bright purple was a new fabric this season, which he used to make wide, pleated trousers. Other highlights included fringed scarves and striped boots.