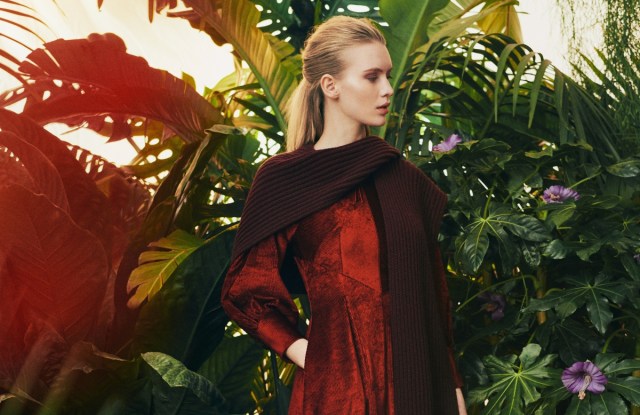 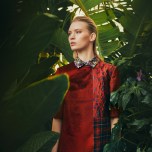 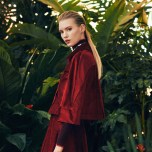 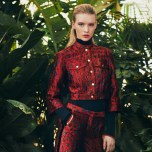 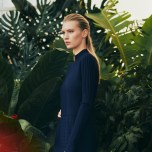 Sometimes binge-watching Netflix can have surprising outcomes. Johnny Talbot and Adrian Runhof were so taken with German TV series “Babylon Berlin” that they decided to base their label’s pre-fall 2019 collection around the show’s Twenties’ aesthetic.

“Babylon Berlin tells the story of the political uproar in Germany that eventually led to the Third Reich,” Runhof explained. “It was a dark and dangerous time, but also very decadent and sexy.” Could the choice be read as a political comment on current events? “History repeats itself,” warned the designer. “There are many signs, not just in Germany but all around the world, pointing toward the fact that it might repeat again.”

The duo riffed on Twenties flapper dresses, to which they added a slightly nipped-in waist. Rust red and sparkly details were strangely muted, reminiscent of a run-down music hall. “We created looks that are supposed to look on the verge of falling apart, because that’s what happened,” Runhof said. A cocktail dress was covered in reversible sequins: whereas one side was silver, the multicolored hues on the other side spread out in what looked like a faded plaid print. A cream jacquard dress was created in a three-dimensional weave: the result recalled molded ceilings.

There were a lot of evening dresses, a silhouette the brand has become synonymous with. Most of them had long sleeves and offered high coverage, others sported the signature Talbot Runhof draped décolletage. A black and pink gown was made of four different fabrics, including two velvet devorés, one flowery, one sporting a mosaic pattern. Corduroy day dresses wrapped up the extensive collection, to be worn without their detachable collar, with a matching jacket thrown over it.

Talbot Runhof is gearing up to open a store in Zurich, its first boutique out of Germany and fourth door in total. This follows their strategy of focusing on retail: “We have great wholesale accounts and work a lot with online retailers, but we have decided to focus on our own retail,” Runhof said. “This is really where the customer wants to see us.”