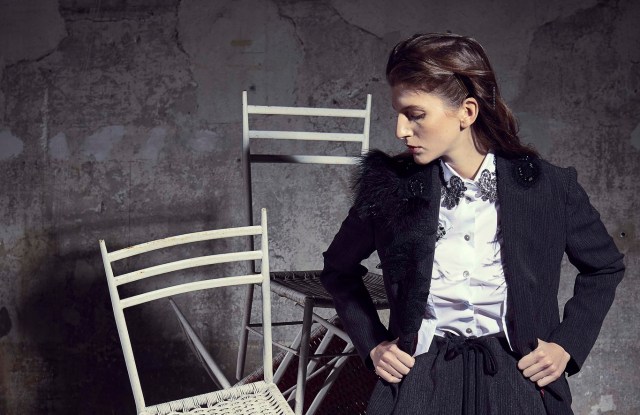 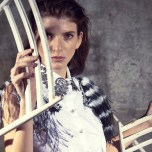 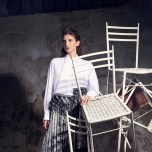 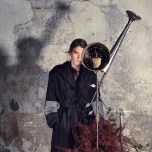 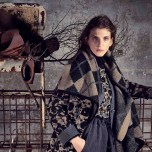 For pre-fall, Antonio Marras paid homage to Dora Maar, the French photographer and artist best known for being the lover and muse of Pablo Picasso.

The Sardinian designer envisioned a modern version of this woman delivering a beautiful collection rich in quintessentially Marras elements but also leaving room to new takes on his sophisticated fashion lexicon.

The starting point of this imaginative trip was a reinterpretation of white shirts borrowed from the men’s wardrobe and undergone decorative treatments via feathers and crystal embellishments, as well as transformed in feminine shirtdresses with silver pleated skirts. In keeping with this approach, checkered tailored jackets cut in relaxed silhouettes and styled with matching cargo pants were jazzed up with floral inserts.

The feminine-masculine duality also informed combinations of delicate lace skirts and sequined embroidered frocks shown with bomber jackets and parkas. But in the universe of Marras, even utilitarian staples come with a charm: a bomber jacket had kimono sleeves, while an array of outerwear options bewitched for their artisanal patchwork of recovered parkas, discarded fabrics from past collections, shearling inserts and sequined applications.

To further ground her muse in the modern world — one where streetwear is still a reality — Marras adopted the same approach to present his take on denim jackets and pants, while hoodies were turned into dresses with contrasting puffy shoulders and laced pleated skirts, winking to an elevated and romantic reinterpretation of a grunge aesthetic.