Elegant, comfort and sensuality converged into this beautiful collection, where Silvia Venturini Fendi elaborated the house's codes with a sense of liberating lightness. 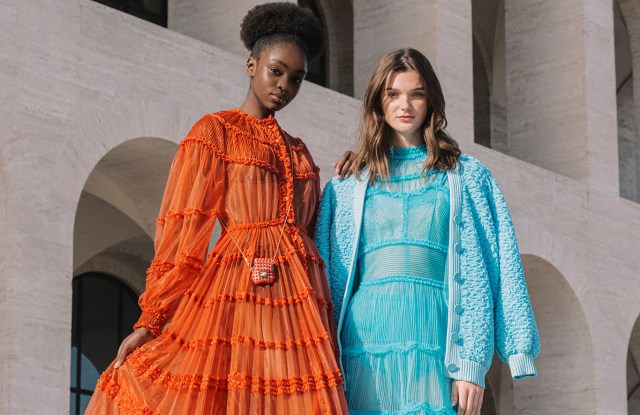 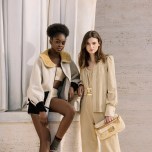 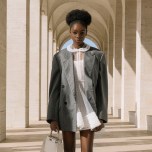 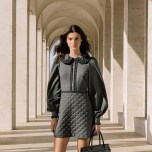 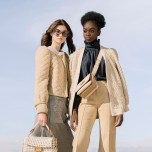 According to Silvia Venturini Fendi, today’s women want to feel comfortable and sensual at the same time. They have the power to be what they want to be without renouncing their femininity.

“This collection was designed from a female point of view, by a woman talking to women and I think this is clearly reflected in the femininity we portrayed: more languid, more sensual,” said the designer, who last September unveiled her first solo runway show after the death of Fendi’s former women’s wear creative director Karl Lagerfeld.

Venturini Fendi’s intentions translated beautifully in her lineup, which, in keeping with the brand’s strategy aimed at creating consistency season after season, further explored elements already present in the spring show. These included an overall sense of bedroom-like coziness seen in the alluring quilted motifs and tactile textures.

In fact, quilting, as well as delicate micro ruffles, created a contrast with the tailored austerity of gray flannel, crafted in both sweet mini frocks and blazers paired with frilled dresses.

Playing with illusions, a corduroy effect was rendered on the soft suede of cropped flared pants and front-buttoned midi skirts — all exuding a refreshed Seventies appeal, underlined by the new Fendi ID cross-body gusset style. These were matched with goffered nylon cardigans and quilted shearling jackets. Shearling was also treated with different techniques shown on a patchwork blouson, featuring a rounded maxi collar giving the piece a delicate, innocent mood.

Focusing on duality, micro-checkered coats came with both feminine, romantic silhouettes and sharp, rigorous cuts. But the overall effect was always sophisticated, even when Venturini Fendi played with the transparencies and sheer effects of nylon and silk frilled evening dresses, worked in bright tones of coral orange and turquoise for a touch of dainty refinement.

Responding to the increasing demand for personalization, both in ready-to-wear and accessories, soft versions of the iconic Baguette and Peekaboo bag styles — as well as a more feminine interpretation of the Colibrì slingback — featured metallic tags that can be engraved with the wearer’s initials at the Fendi stores.