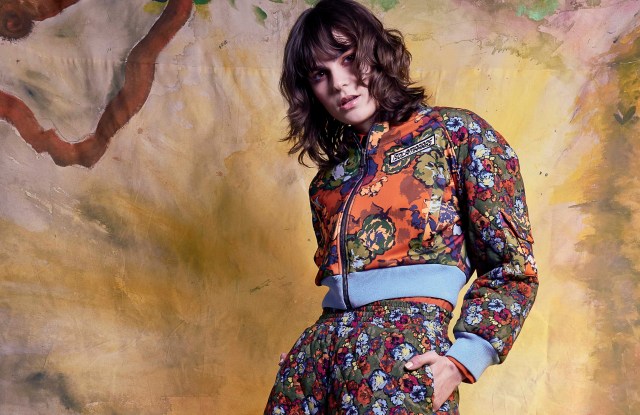 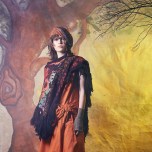 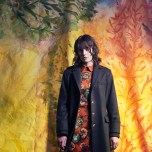 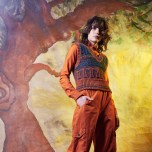 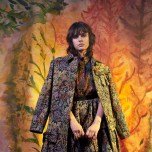 Inspired by the 1999 film “The Blair Witch Project,” creative director Efisio Marras chose an imaginative forest as the set for his brand’s pre-fall collection. Despite the inspiration, there was nothing dark in the approachable lineup he developed, rather abundant references to woods and their autumnal colors, ranging from shades of green and brown to ochre, oranges, with touches of cerulean.

Utilitarian pieces crafted from scraps of military green gabardine defined the most austere part of the collection, where the brand’s signature bomber jacket revisited with applied pockets and paired with cargo pants took center stage. Trenchcoats were cut with the same functional approach from black and burgundy tie-dye denim, as well as from pinstripe fabric.

The camouflage pattern resulted in a shiny texture with added gold threads that counterbalanced the girly silhouettes of ruffled skirts and frocks with bows, in addition to embellishing sweaters via a range of patches.

Marras further indulged in the theme with charming knitwear, which shone bright both in oversize pieces where mohair inlays created irregular textured motifs, and in pretty, colorful options that reinterpreted the brand’s well known floral prints as embossed stylized roses.

Although a sequined evening dress in black tulle closed the lineup on a high note, the collection was strong on separates and demonstrated Marras’ commitment to perfecting his own witchcraft of balancing the brand’s eclectic aesthetic with commercial needs.