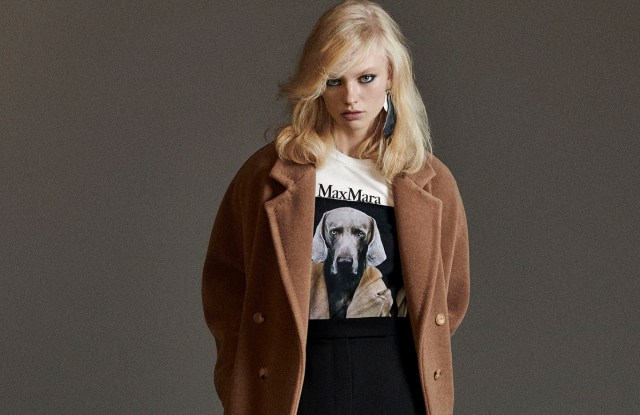 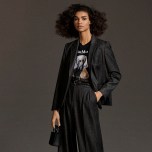 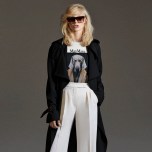 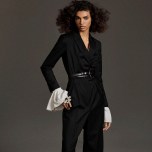 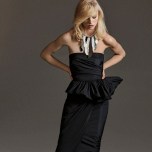 Inspired by both the recent publication of Debbie Harry’s “Face It: A Memoir” autobiography and Marlborough Contemporary’s “Selected Works From the Collection of Holly Solomon 1968-1981” exhibition, Max Mara creative director Ian Griffiths said for pre-fall he thought about the contribution of women to the New York art and club scene between the late Seventies and early Eighties.

This reflection led him to choose Harry and Studio 54’s iconic superstar Bianca Jagger, as the muses who inspired his concise, focused collection, which was centered on revisited essentials for special occasions.

Perfectly aware of the needs of the Max Mara women, “who are not those planning their looks far ahead, but who like to have the right range of pieces they can easily mix and match without thinking too much,” as Griffiths explained, the designer injected a feminine yet sassy twist into iconic staples.

In particular, for the first time, he explored the world of ruffles, which he used to pepper a wide range of items, spanning from a black pencil skirt worn with a Max Mara iconic camel coat and the blazer of a soft tailored white suit to the elegant lightweight taffeta designs. These included a trench coats with slightly puffy sleeves, a dramatic maxi skirt worn with a casual striped T-shirt, as well as dresses, such as an Eighties’ one-shoulder style in a charming bubblegum pink tone and an emerald green sleeveless gown.

Adding urban coolness to the lineup, a suit was crafted from a textured wool with a denim effect, while a T-shirt printed with William Wegman’s image of his Weimaraner dog wearing a Max Mara’s iconic 101801 camel coat, originally shot in 2001 to mark the brand’s 50th anniversary, brought a playful, ironic vibe to the polished, commercially savvy collection.