No themes, just ultrachic clothes that radiated refinement with ease. 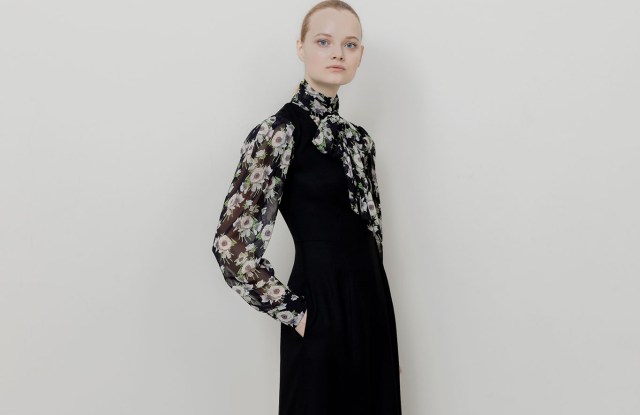 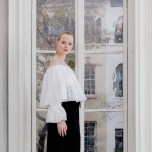 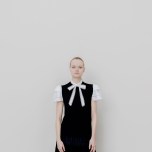 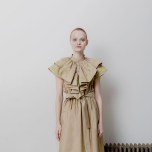 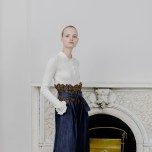 Adam Lippes is quietly making some of the most interesting clothes in New York. He’s building his brand his way, slowly, with careful deliberation that includes ample interface with customers. Lippes makes no bones that his is a largely American business, and he travels the country visiting stores. “It’s maybe the one thing I’ve done that separates me from my compatriots — spending that time,” he said during a showroom appointment. “I hear what she wants, what works.” Yet he indulges organic, gut-feeling moments, even in his approach to certain essential decisions. Is the upcoming fall season the right time for his first real runway show? Lippes thinks so, and expects to claim a Saturday morning slot.

His pre-fall collection perfectly exemplifies the subtle power of his clothes. Lippes isn’t a theme guy, though if anything, he’s inspired by interiors, whether an old wallpaper pattern from his childhood home or the lace edges of vintage linen napkins, here reconfigured as pointy collars popping out from otherwise unadorned cashmere sweaters. Yet several larger defining threads ran through his lineup. Overarching and constant from season to season: the attitude of the clothes. Lippes isn’t chasing kids. He knows who can afford to buy his clothes; she pretty much starts at 35 and goes up from there. Even well beyond that entry point, there’s nothing fusty-musty about her style, and Lippes does what some designers in that space struggle to do: deliver polished refinement with a modernist attitude that says chic multitasking in 2019 rather than chic lunching on Madison in 1980-something.

Here, he fused the austere and the decorative in a manner that read variously masculine-feminine (white Swiss voile reembroidered shirt worn with into trousers) or tony librarian with a secret lust for froth (black scalloped-hemmed dress over blouse with short bell sleeves and bow neck). The juxtaposition surfaced as well in a dress cut from sturdy khaki twill with a big Pierrot and neon eyelet trim.

Lippes continued with the volume he’s worked for some time only with a bit more restraint, as in an enchanting pale green organza gown with a big back bow that fell from the neckline down the length of the dress. Conversely, for women who prefer a more sportif approach to dressing up, he offered an oversized white shirt worn loose in back over wide-cropped white pants. Two sides of a single alluring aesthetic.