The collection's playful and modern designs were informed by Japan’s distinct four seasons and the traditional “Yamato Iro” color palette. 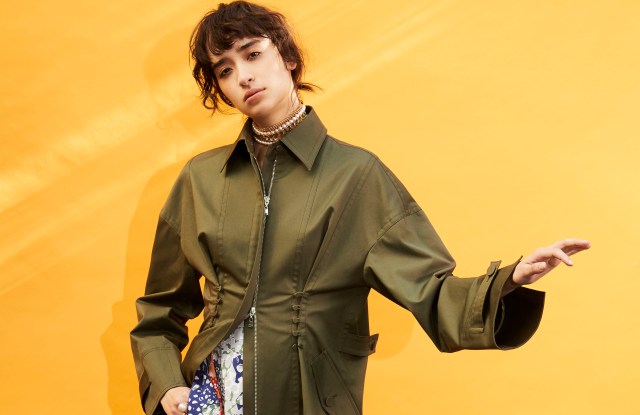 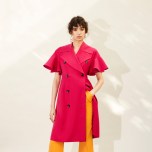 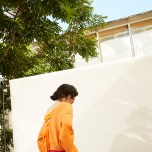 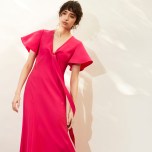 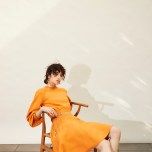 It’s to be expected by now that Adeam’s Hanako Maeda will design a collection around one aspect of her Japanese culture. The exciting curiosity each season is seeing how she’ll translate such inspirations into her modern and playful design language.

For the past couple of seasons, Maeda has honed in on nature — see the seaside influence in spring and in fall’s northern islands. She dived deeper into her exploration for pre-fall, drawing on Japan’s distinct four seasons and the traditional “Yamato Iro” color palette born from flowers and plants native to Japan. With more than 400 colors in that palette to explore, Maeda chose four to anchor the collection (one to represent each season) — pale orange drawn from a citrus, fuchsia pink from the azalea flower, light green from tea leaves and electric blue from the lapis lazuli stone.

She put forth a number of strong tonal looks, including a slender orange dress with dramatic puffed shoulders, powerful blue suiting and a fuchsia trench with flutter sleeves balancing the designer’s proclivity toward feminine utility. “For this season I wanted to take tailoring to a different level, executing it in a more feminine way,” she said at a preview.

The most interesting pieces expanded on that ethos — such as a cozy bomber jacket with puff sleeves and corset lacing, any number of novelty shirting, and one particularly great military green jacket that could be worn oversized or cinched by corset-like buttons for a sleek effect. She threw in some obi-like bustiers to finish off quiet-yet-cool designs, like a Victorian sleeve top with contrast bustier and a lightweight-yet-empowering striped shirtdress with a matching built-in obi.