Carly Cushnie was drawn to the romance of French Rococo style, imparting sleek silhouettes with volume that managed to remain lightweight. 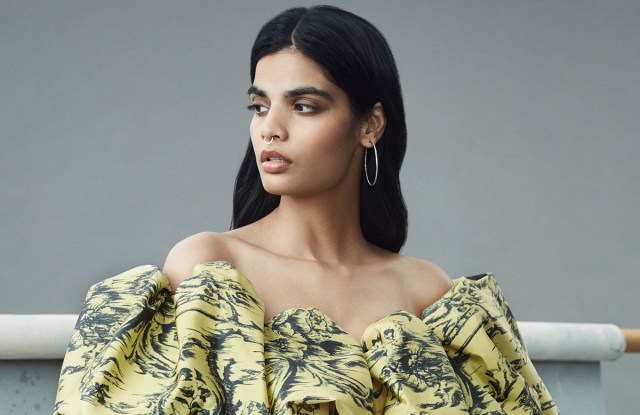 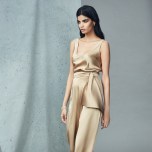 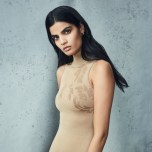 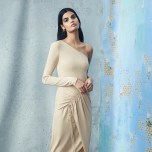 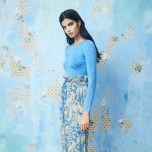 Eighteenth-century French Rococo style may seem like an aesthetic detour for Carly Cushnie to draw inspiration from. After all, the period is characterized by ornamentation and heavy, rich fabrications, whereas Cushnie leans toward a minimal and sensual femininity. But it was the romance from the period the designer gravitated toward, which imparted inherently sleek silhouettes with newfound volume that managed to remain lightweight.

Foremost here were pieces utilizing crisp taffeta as gathered bunches along the bust, ranging from a chic jumpsuit whose streamlined body stood in contrast to the volume above it, to a flirty yellow minidress featuring the season’s Rococo-inspired floral jacquard. Cushnie cut the print in ways both statement-making (a blue head-to-toe set with puffed sleeves and plunging neckline) and subtle (through tonal knitted jacquard dresses), always leveling a thread of modernity.

The tether to the era was never overbearing, either. Instead, Cushnie took concepts of Baroque French dress and relaxed them to create great summer items. Corsetry elements, for instance, were used to fasten a floral duster, while similar drawstring ties created the ruffled collar of a clean white dress. Tailoring was softened with drapy sleeves, and the aforementioned knit jacquard dresses featured the most sensual necklines. Soft, confectionery colors such as powder pink and muted latte topped silky boudoir separates, and vibrant yellow, sky blue and punchy red enlivened softly tailored, new takes on youthful evening dressing.