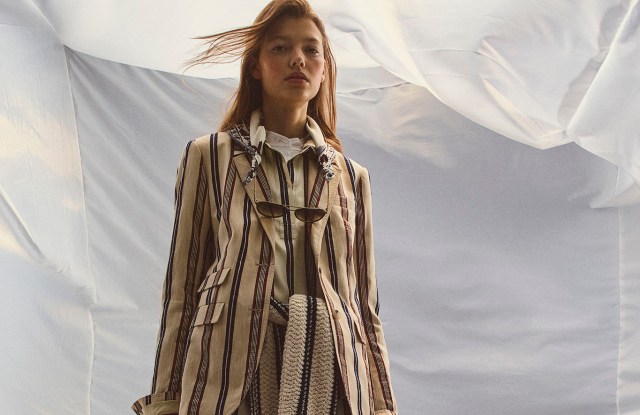 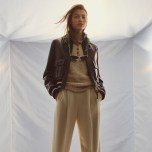 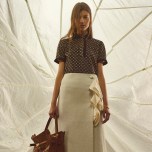 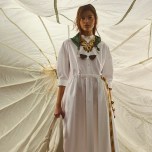 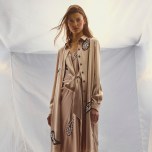 Some references are about more than an appealing visual on a mood board. Tory Burch has long been in awe of Amelia Earhart’s bravery, drive and fearlessness. At the same time, Burch considers the legendary aviator no slouch in the fashion realm. “I find her incredibly stylish,” the designer said during a showroom appointment, indicating a photo on said mood board in which Earhart works a librarian-esque kind of chic. In fact, Earhart’s pioneer tendencies were not confined to the wild blue yonder. She was also an early marketing maverick with a fashion lifestyle line sold at R.H. Macy.

Surely ample fodder for Burch, who loves to celebrate strong women. For pre-fall, she flew well with the inspiration in a collection reflective of Earhart’s casual polish and a waft of Forties panache while staying grounded in today’s demand for casual polish. (Yes, Earhart disappeared in 1937. Fashion is allowed liberties.) There was pragmatic discretion to the mostly neutral palette and relaxed silhouettes that combined easy tailoring and controlled fluidity. While a separates focus imbued a fresh sportswear sensibility, Burch often showed looks in suit-like matches — jacket, tunic, wide pants all in brown-and-beige stripes; denim blazer over pleated jeans; satin shirtdress unbuttoned over a longer twist-front dress, both in pale satin with occasional floating paisleys taken and blown up from the classic bandana print.

The bandana element referenced Earhart’s ubiquitous neck scarves and factored significantly throughout the collection. It proved a significant decorative motif which Burch handled deftly, whether printed on a coat and pants or as a single paisley worked into a cozy sweater. And yes, there were utilitarian jumpsuits suits and a flight jacket — because a heroine of Earhart’s stature deserves a little obvious homage.