Demna Gvasalia’s pre-fall collection took its cue from athleticwear, with the introduction of Balenciaga-branded gym wear. 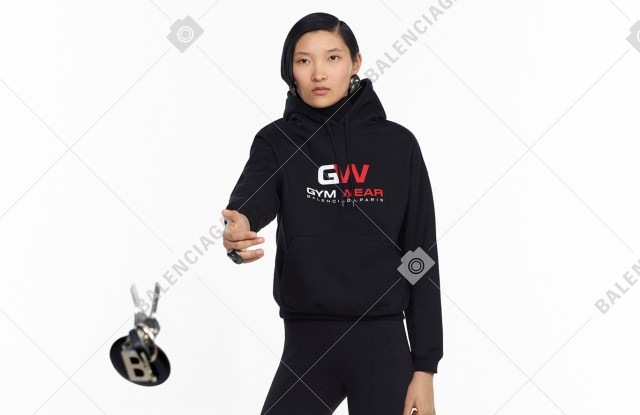 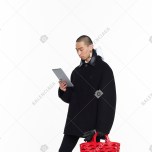 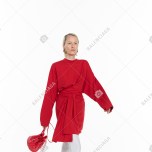 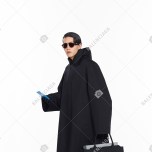 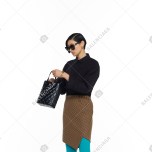 Demna Gvasalia’s pre-fall collection took its cue from athleticwear, with the introduction of Balenciaga-branded gym wear. The items — including a sweatshirt and leggings — were not part of a permanent offshoot, but rather a continuation of the tongue-in-cheek logo T-shirts in his last runway show.

Some featured an Olympic flame, in a nod to the summer games taking place in Tokyo this year. The loungewear spirit carried over into the smarter looks: a draped red dress took its cue from a sweatshirt, while a silky calligraphy-print tent dress was paired with chunky red slides.

Couture-inspired items, including sculptural coats with gigantic bell sleeves, alternated with spins on the mundane: extra-large sweaters, biker pants and slouchy jeans. The best of these came in upside-down constructions, with intriguing details such as flipped collars, stacked pockets and diagonal seams.