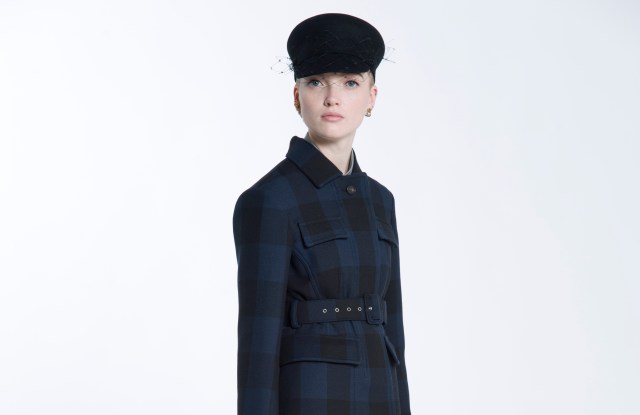 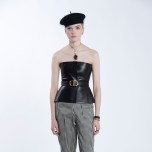 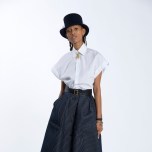 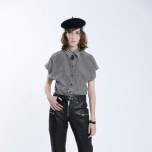 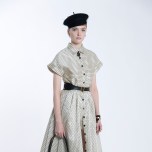 Maria Grazia Chiuri has little truck with the cliché of the fashion designer as tortured artist. It’s a myth that’s particularly prevalent in Paris, where more than one creative has imploded on the job.

“In France, there was this idea to promote the couturier with this romantic image more close to a painter, less with a designer,” she mused, surrounded by racks of clothing in Dior’s showroom in Paris.

Since taking over a house known for some of the most theatrical catwalk shows in recent history, the Italian designer has been taking the opposite tack, turning out clothes that make cash registers sing — even if some critics have bemoaned her approach as too safe.

If anything, Chiuri is doubling down with her pre-fall collection, which feels like an extension of 30 Montaigne, the capsule collection of wardrobe essentials she introduced this year that are designed to linger in women’s closets.

“The idea of fashion is that it has to create surprise, it has to give you emotion. I want to give emotion but at the same time, I think that we have to be consistent and we have to create pieces that are not only seasonal pieces,” she explained.

“I think style is closer with the idea of timelessness — also the idea of something that is part of your wardrobe that you don’t want to change all the time, because you feel confident in it,” added Chiuri, noting her pragmatism is rooted in Italy’s tradition of luxury ready-to-wear dating back to the Seventies.

Homing in on house codes, she distilled each item to its essence. Dior’s signature Bar jacket came in fabrics ranging from patrician checked wool — albeit cheekily doubled with a matching skort — or a travel-friendly navy or beige taffeta version in a camouflage-patterned jacquard.

There was a crisp efficiency to the outerwear: a perfectly proportioned peacoat; a sleek black trench, and a Fifties-style gray-and-black checked wool blouson that was paired with a gray wool pleated skirt and the season’s must-have accessories: pointy, low-heeled slingbacks and a black beret.

Dresses had a retro tinge: shirtdresses with sloping and ample short sleeves, or a lipstick red bustier gown that was streamlined to minimal perfection. Chiuri balanced the couture-inspired looks with more casual elements, like a blanket-checked poncho and a festival-ready Windbreaker, oversize and tie-dyed.

“It was a big decision not to speak about and not to make a collection where we have a reference. There are no references. We are speaking about our codes and how I work on those codes,” said Chiuri, adding that after three years at the helm, she is feeling increasingly clear about her vision for the label.

“My dream is that the Dior codes and my codes are very clear, also, because at the end, women can use the codes how they want. I don’t want to impose a point of view about the silhouette. I suggest,” she said.