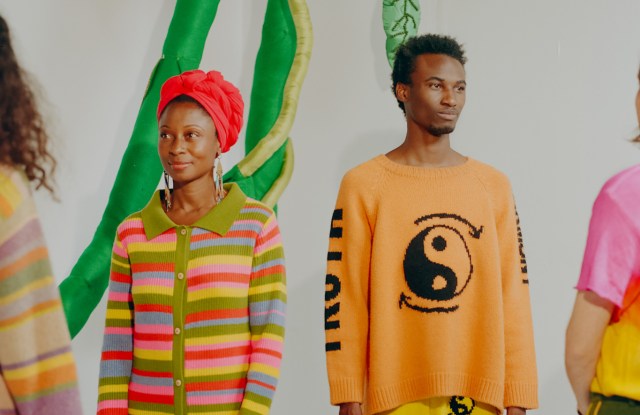 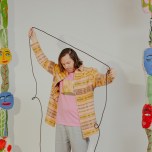 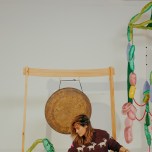 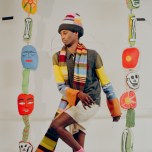 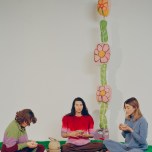 Although The Elder Statesman remains a knitwear-focused brand, woven textiles felt like the main story for fall. Among the novelties for the season are Cobra — “no real reason, but we wanted the radest name ever” — a cotton-wool-cashmere fabric that hinted to loden, or Boomslang, its lighter counterpart that had something of cheesecloth. An upcycled denim fabric was sourced in Guatemala and appeared as shirts and trousers — no jeans for now. Knit-wise, there were additions like “Teddy,” a fuzzy cashmere-alpaca mix that became cloud-soft shorts or came in a looser knit as a cardigan.

Beyond materials, Chait played with the color palette, refining patterns using hand-dyeing or letting the “knitter’s choice” guide the exact pattern of a striped pieces. Elsewhere in the lineup, graphic elements inspired by American folklore, cosmology and the brand’s favorite material played across sleeves or curled around the body. Instead of a logo, the words “Cashmere 1 Kilo” played across the front of an intarsia sweatshirt while a row of naïf goats ran across another. Motifs of fires, clouds or burning asteroids contrasted with petals, flowers and butterfly ones. On a knit racer jacket, blue waves and a pair of eyes were created from the archives of Chait’s late grandmother Thelma Chait, a prolific illustrator.