Alice Temperley was inspired by an unlikely combination of racing tracks and Thirties silhouettes.

IsSixWeeksAfterFashionWeek = false
By Fiona Ma on May 29, 2018 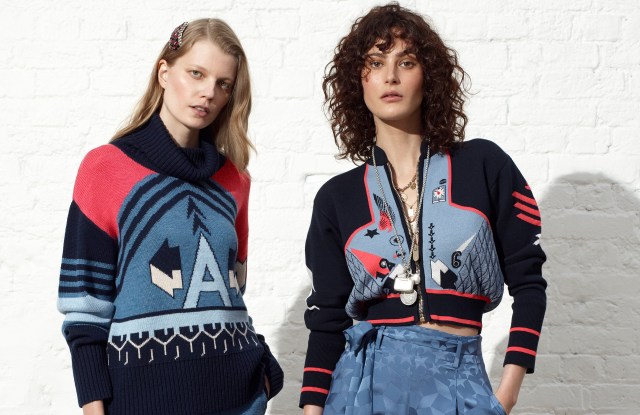 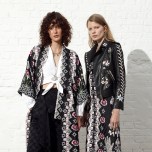 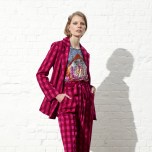 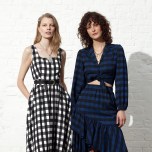 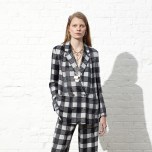 Alice Temperley said she’s more fascinated by women who go against the grain, while being immaculately dressed, of course. “Kay Petre was our muse for this season, she was a race-car driver in the Thirties, at a time where this was not a norm for women, but she would still be impeccably dressed in pale blue silk overalls,” the designer, who was also inspired by Formula One drivers, said.

Evening gowns were bias-cut and embellished with hand-painted florals or stars, while slouchy separates took on a jacquard check influenced by racing flags. There were also big knitted jumpers for day. “We used a lot of bias cutting this season, not only do they make this easy slouchy Thirties-inspired shape, but they’re creating chevron [patterns] throughout, which is reflecting this racing motif,” Temperley said.

Temperley also drew heavily from vintage Monaco Léman posters with deep greens, dusty blues and rich reds making up her day and night palette. Tire track treads left their mark up the front of skirts, down the legs of loose-fit trousers and in sequined form on feminine dresses.

Monaco isn’t the only Mediterranean hot spot to have inspired Temperley this season: On June 1, the designer will open her first pop-up store in Porto Cervo, Sardinia, at Promenade du Port, a seasonal gathering of art galleries, artisans, fashion concept stores and restaurants located between the Old Port and the Piazzetta. Temperley’s pop-up store spans 972 square feet and will stock Temperley London spring collections and a special preview of the pre-fall collection.